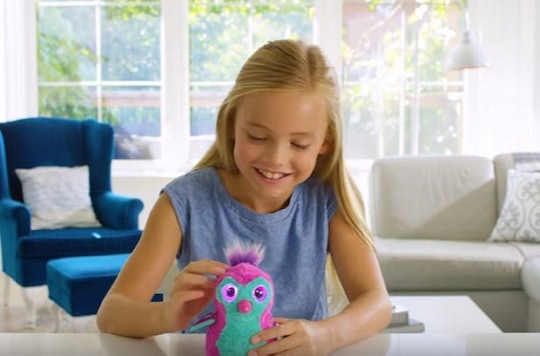 Can You Get Hatchimals On Craigslist? Tips To Score The Must-Have Holiday Toy

No holiday season would be complete without throngs of desperate parents stalking toy stores and retailers with the hope of snagging the perfect gift. In 1983 it was Cabbage Patch Kids dolls that caused literal riots on Black Friday. In 1996 every kid wanted a Tickle Me Elmo. This year has a toy craze of its own: Hatchimals. They're sold out everywhere. Well, almost. Can you get a Hatchimal on Craigslist? Here are a few tips to score the must-have holiday toy for 2016.

Hatchimals are an egg with a stuffed toy inside that kids play with until it "hatches." The toy debuted in early October, according to the New York Times, and quickly sold out at its original $59.99 price. The Canadian company behind the toy, Spin Master, was caught off guard by the Hatchimals' success and even air freighted extra units from China, the Times reported. But there's still not enough of them to go around. James Martin, Spin Master's senior vice president told the Times:

By all analyses, we thought we had enough. We had no idea that it would be this big. It’s been exciting but it’s also been daunting as we try to catch up and fill that demand.

Here's a video about how to play with a Hatchimal that's already racked up a staggering almost 1.5 million views since it was posted in October.

Now parents are having to rely on auction sites like eBay to try and buy a Hatchimal for prices ranging from $100 to $250, according to CNBC.

Brothers Mike and Stan Zappa were somehow able to predict the Hatchimals holiday demand and invested $5,000 for about 100 of the toys, according to CNBC. "We've seen the toy selling from $140 to $225 this past weekend for Black Friday," Mike Zappa told CNBC.

For parents running out of shopping days, Craigslist has Hatchimals for sale in many areas. But remember, you'll need to pony up cash to score one for your favorite kiddo. According to Forbes, enterprising folks who have been able to buy a Hatchimal from a retailer are turning around and selling them on Craigslist — at a mark-up of course.

There's a pretty wide variety out there, but you're going to pay between $150 and $200 for one, according my quick search of a few areas.

But there's another option to consider that might be a little easier on your budget. Spin Master has a download-able letter from Santa on its website that tells the would-be Hatchimal recipient that the toy is on the way.

"The eggs are still growing but they need a little more time before they are ready to be delivered!" The letter reads. "Until Then, I've created fun Hatchimals activities online, so you'll be prepared when your Hatchimal arrives."

Some parents are sharing their own versions of the letter on social media.

According to CNBC Spin Master expects a new shipment to arrive in stores in early 2017.