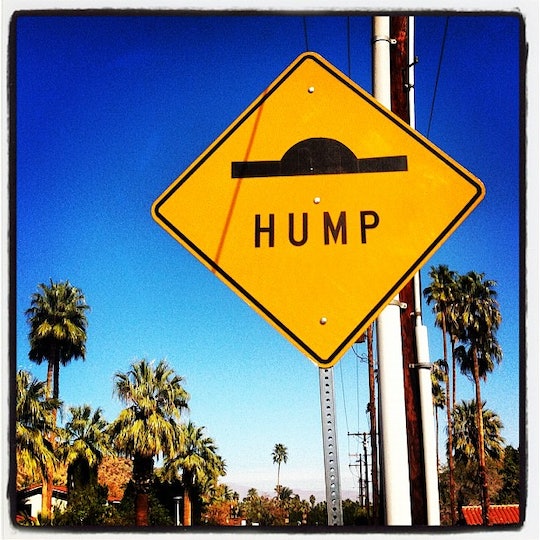 Can You Get Pregnant From Dry Humping?

Even when you think you know everything about sex, there’s probably a few questions about certain acts still lingering in your brain. For instance, can you get pregnant from dry humping? This sounds absurd at first, but maybe you’ve heard about this friend of a friend who managed to conceive a child while still wearing most of her clothes. It isn’t really possible . . . is it?

Dry humping, which is also known as frottage or outercourse, has been a standby move forever. You may associate it mostly with teenage experimentation, but it can also be used by adults who, for whatever reason, don’t want PIV sex. Because of the lack of penetration, it’s often seen as a safe way to express desire without risking pregnancy. But sperm can swim, right? Can they make it all the way to the egg through clothes?

Well, the answer is: it depends. Because there are so many variables involved, from the couple’s level of self-control to the amount of clothing that is left on, there is a minuscule, but potential chance for pregnancy from outercourse.

For most couples who practice dry humping while wearing clothes, there is little to no chance of pregnancy. According to the Coalition for Positive Sexuality, sperm cannot swim through clothes, so as long as there's some jeans or underwear on, you're probably fine. However, once the couple decides to drop trou, things might get a little dicey. If the woman's underwear gets pushed aside, for instance, there is a chance of the penis getting close to her vagina without any barriers. As sexual health educator Dr. Debby Herbenick told Kinsey Confidential, "if he ejaculates inside your vaginal entrance or close it, then his sperm could get inside your vagina and you could become pregnant." Granted, there are a lot of variables that have to match up here, including the woman's fertility cycle, but it is still a possibility. Maintaining good communication with your partner about what you want from the relationship, and considering a form of birth control if it looks like the outercourse will soon turn into intercourse, is a very good idea.