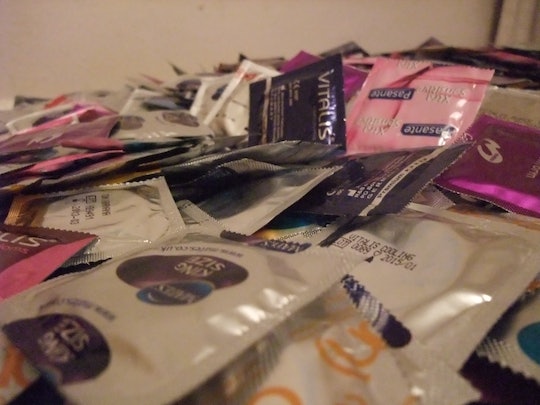 Can You Have Unprotected Sex During The First Trimester?

If you’re already pregnant, then you obviously know a thing or two about having sex. And yet you might be surprised as to how many of your newly pregnant questions revolve around the topic of sex. Is it safe to have sex during pregnancy? (Yes, usually.) Will you hurt the baby? (No, silly!) Is it normal to have a crazy high or depressingly low pregnancy libido? (Both are totally normal.) And considering you’re already with child, can you have unprotected sex in the first trimester? Or could you maybe get pregnant twice?

When it comes to having unprotected sex during pregnancy, forget the folklore. Despite what your mom may have told you, you won’t get pregnant again. (Unless you’re in the extremely rare percentage of people who’ve experienced superfetation, which is when you fertilize a second egg that releases a few weeks into pregnancy. But that’s a statistical anomaly.) So if you’re packing on the protection because you’re worried about getting pregnant again, you can let that fear go. For those in monogamous, non-STD-carrying relationships, pregnancy is mostly a time to enjoy condom-free romping without the consequences.

But you know what they say; You can only really know where you’ve been, and Baby Center notes that there’s a chance that catching an STD during pregnancy could affect your developing baby. Mayo Clinic recommends pregnant women use condoms when having sex with a new partner, or if your relationships isn’t monogamous. But even if you have some lingering faithfulness concerns, it’s better to be safe.

Other than that, definitely talk to your doc about what is and isn’t safe about pregnancy sex. Some women have specific issues that make first trimester sex a little riskier — like cervical weakness, low-lying placenta, or even a history of miscarriage. But odds are you’ll be able to have a few months of risk-free sex, without worrying about who’s wrapping what, or whether you remembered your pills this week. Enjoy it while it lasts.