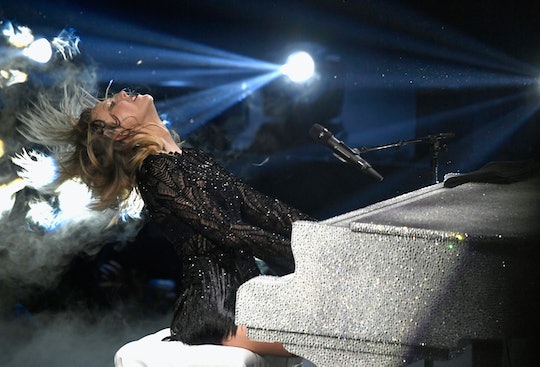 Look, it’s 2017. No matter what she’s done (or hasn’t done) in the past, it’s high time that the world caught on to the fact that Taylor Swift is awesome. She’s talented, she’s smart, and she’s back. Yes, that’s right. Taylor Swift's new single is officially out, and it’s OK for you to admit that you’ve already listened to it five times in a row. And counting. So, can you listen to "Look What You Made Me Do" on Spotify? It's been officially released as of 11:30 p.m. ET.

Equal parts pop and her own brand of Swift originality, "Look What You Made Me Do" is the perfect next step in Swift’s progression as a singer and songwriter. And it shows, she’s definitely not holding back.

As you’re probably already aware, Swift has been the subject of a ridiculous amount of media scrutiny these past couple of years, and "Look What You Made Me Do" seems to be her answer to all of that.

The line, “I’m sorry, the old Taylor can’t come to the phone right now. Why? Oh, because she's dead” especially stands out as Swift readies fans for a new era of her music, the Reputation era. As the already-released album art for Reputation shows (and, ya know, the name of the album itself), Swift is well-aware of the names she has been called, and the assumptions that have been made about her.

And luckily for fans, "Look What You Made Me Do" is already available on iTunes, Apple Music, and Spotify. So, yes, you can finally get your Taylor Swift fix, whether or not you're an Apple Music subscriber.

Clearly, all of Swift's earlier moves on social media this past week have been completely deliberate. She wiped her slate clean and has readied the world for a new Taylor, perhaps one a little edgier than we're used to.

Another standout line from the new single, "I don't trust nobody and nobody trusts me. I'll be the actress staring in your bad dreams," points so Swift's self-awareness in how much of the public views her. Just as she pointedly uploaded videos of a literal snake this past week. So is she now owning up to her Reputation, once and for all? We'll see.