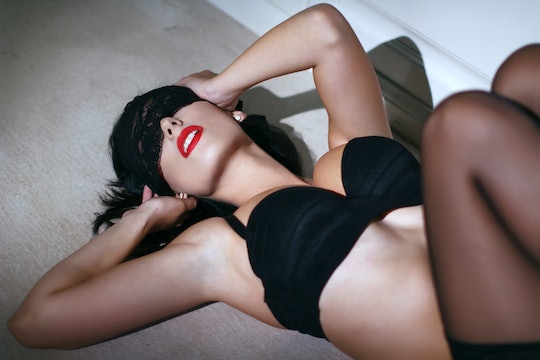 Can You Orgasm Using Only Your Mind?

There are probably a thousand different guides to the female orgasm. Books and blogs cover the subject at length. Of course, almost all of those strategies rely on the sense of touch. But can you orgasm using only your mind? Because that almost seems unfair, like a real-life super power.

There is, however, evidence that this just might be possible. As CBS News reported, researchers at Rutgers university put Barbara Carrellas into an MRI, had her conjure up a mind-gasm, and found that the brain regions that light up during climax responded appropriately. In other words, it appeared that Carrellas has given researchers evidence that some people can think themselves into a legitimate orgasm.

And Carrellas is not alone in her claims. “I don’t know if this is too much for your magazine, but I can actually mentally give myself an orgasm,” Lady Gaga said in an interview with New York Magazine. It looks like the ability to "think-off" could be universal.

So if you want to try obtaining a braingasm of your own (and why the hell not?!), here are a few tips and tricks from the gurus of the mind-body connection. It does require a fair bit of practice and concentration, but there’s no harm in trying. And if you master this technique, then you may never be bored again.

You need some pretty intense concentration skills to pull this off. As Cosmopolitan suggested, calm your mind in a place that is free from distraction and focus on your lady parts. This will help stimulate blood flow.

Whether you conjure up old memories or daydream about scenarios that are impossible, it's important to engage your brain in this way, as Metro recommended. Just let your mind wander and don't worry if it feels kind of weird. There's no guilt in mindgasming.

Elite Daily compared mentally induced orgasms to meditation. Taking deep breaths can only help the process by helping you focus and get more in tune with your body. So kick back, breathe deep, and let your mind go. If nothing else, the attempt should be fun in and of itself.