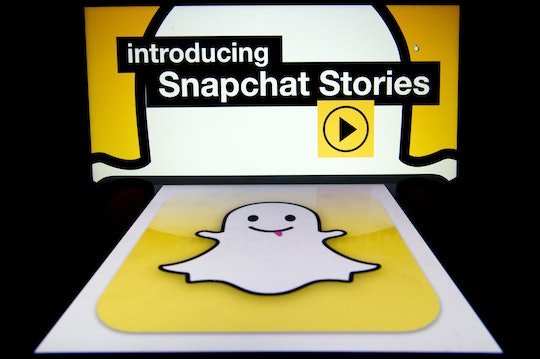 Can You Reverse The Snapchat Update? Because Auto Advance Has Zero Chill

I really feel for the developers over at Snapchat. They work their butts off to design updates for the free app, and their users – not paying customers, mind you – lose their damn minds every time a change is rolled out. They were only trying to be helpful, people! Unfortunately, it looks like they've missed the mark once again, because users can't stand the "Auto Advance Stories" feature in Chat 2.0, and now everybody's looking for a way to reverse the latest Snapchat update. Unfortunately, it's not an option, unless users are willing to wade into dark territory.

For a time, iPhone users with "jailbroken" phones had figured out a way to downgrade Snapchat, but the app manufacturer got wise, and iPhone users found themselves logged out of their Snapchat accounts, unable to log back in until they upgraded to the newest version, because the older one was no longer supported. There are instructions out there for downgrading Snapchat on Android, too, but I can't in good conscience recommend following them, as they advise users to find an older version of Snapchat in a sketchy internet forum, then download the mystery file onto their computers and transfer it to their phones. Please don't try this at home.

There is actually a valid reason for the change. Once upon a time, users had to hold their fingers on a story in order to view it, which seems pretty annoying. So in July 2015, Snapchat updated the app with a new feature that allowed users to tap to view a story. Seems like a no-brainer, but teens took to Twitter with immediate complaints; it seems that holding a finger on the screen was the only thing that stopped some sketchy users from screenshotting photos, which is frowned upon.

With the advent of "stories," i.e. video and audio recordings you can watch for 24 hours, some users were annoyed that they had to continuously tap to view, then go back to tap the next story. So much tapping! So the newest update introduced Auto Advance Stories, which plays one story after another as soon as users launch the app. The three major complaints about this are that it forces users to view stories they're not interested in, it notifies the people who posted those stories that they were viewed (which sucks when you're passive-aggressively refusing to view a certain person's stories), and, even if a user intended to watch every story their friends posted, automatically advancing through them can make it hard to keep track of whose story you're watching.

Unfortunately, there's currently no safe, Snapchat-authorized way to downgrade the app to its previous, autoplay-free version. For now, users will have to swipe to skip individual stories, or pull down to exit. But take heart; there are a ton of people complaining out there, so it's not impossible that Snapchat will roll out another update with an opt-out. Until then, maybe just text your friends like a grandma?

More Like This
What You Need To Know About Snapchat’s New Parental Controls
Netflix Reveals The Official Teaser Trailer for Wednesday
Kristin Bell Shared Some Sweet, Rare Photos Of Her Daughters From A Family Vacation
Florida Court Tells 16-Year-Old She's Not "Mature" Enough To Have An Abortion