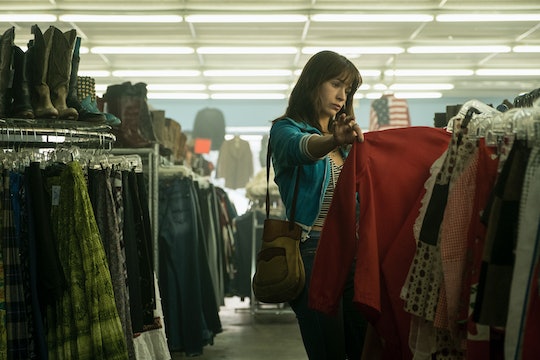 Your next bingewatch, Girlboss, just dropped on Netflix. From the trailer and the roster of women involved — such as the writer of Pitch Perfect and Charlize Theron — this is definitely one subscribers have been waiting for. The story of a female eBay seller that grows into a successful business of its own is not only inspiring, but it really happened. Girlboss is based on Nasty Gal and its founder, Sophia Amoruso. Unfortunately, though, Nasty Gal filed for bankruptcy last year and Amoruso moved on to other ventures. But can you shop on Nasty Gal? The store Girlboss is based had some troubles.

Nasty Gal began as an eBay account when founder, Sophia Amoruso, was 22. She sold thrifted vintage pieces and upped the price, making both a name for herself and a ton of cash. Two years later, in 2008, she decided to start her own store for a few reasons. As Amoruso explained in her 2014 memoir, #Girlboss, she started getting dragged online by unhappy customers. What's more, eBay actually suspended her because she put a link to her future site in feedback for shoppers. With 60,000 MySpace friends by her side, she started nastygalvintage.com. It eventually became nastygal.com, but at the time the domain was still owned by a porn site.

Despite getting burned by eBay, Amoruso did just fine. By the time she was 30 — merely eight years after starting the original shop — Nasty Gal was valued at $350 million. Unfortunately, though, the CEO was not immune from failure. Despite its high evaluation, the company struggled. In 2015, Amoruso stepped down as CEO and contributed some of her own money to the company. With lawsuits and layoffs plaguing the business, eventually it went bankrupt at the tail end of 2016. This February, Nasty Gal sold to U.K. retailer Boohoo for $20 million according to WWD.

Will Nasty Gal live on? As of now, its website is still functioning (and everything is 40% off). The WWD profile said that a core team of original Nasty Gal employees will remain in Los Angeles. What's more, Boohoo said that the brand will continue to produce clothing, shoes, and accessories. "This is a distinctive brand with a fiercely loyal customer base," Carol Kane, Boohoo Group joint chief executive officer, told WWD, "and we are committed to preserving that as we move forward into a new chapter." So despite its hardships, girlbosses all over the world can trust that they will still be able to shop Nasty Gal.