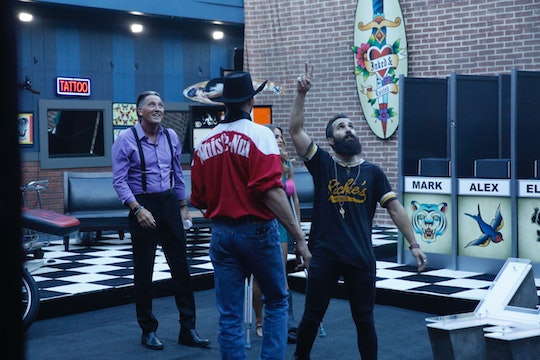 Jessica accepting the Halting Hex didn't just unleash her wrath on Paul, but also, as was the case with every Temptation doled out this season, a pretty major consequence. This time, the end result was much more of a game-changer than the ones that came before: the Temptation Competition. Considering that such a huge shift is now happening in the house, can you still tempt the houseguests on Big Brother 19?

This season, one of the big draws was that the show would be giving fans a chance to make an impact on the way the game goes. By voting a houseguest into the Den of Temptation, America gave them the chance to gain some power. The latest consequence comes in the form of the Temptation Competition, which, for the next three weeks, will make Big Brother history by being the first ever competition that allows houseguests to choose whether they want to participate or sit on the sidelines.

The rules are pretty simple: the houseguest who wins is safe for the week, and the houseguest who loses is automatically put up on the chopping block as a third nominee. There are no ramifications for not playing, except for the fact that an enemy may walk free while an ally's fate is in jeopardy. It's pretty intense, strategy-changing stuff.

According to CBS' website, because of the competition it appears that America can't tempt houseguests anymore. While there used to be a way to vote houseguests into the Den of Temptation, the option has been taken away and replaced with a very ominous, "Voting is now closed."

Now, will the Den of Temptation resume as normal after the three week period is up? Will the Temptation Competition just pull a complete pivot and continue for the rest of the season? Will Temptations end completely after the competition ends? Who knows!

Big Brother loves to keep fans and houseguests on their toes and is well known for making sort of messy, clearly last-minute decisions where season twists can suddenly end at a random point in the season. (See: Big Brother 14's coaches twist.) It's just the way this show works.

Even if this twist doesn't last longer than three weeks, it totally has the potential to change the course of the entire game. Up until now, Paul has been running the show, and it's become clear that people like Jessica and Cody are fed up with it and ready to really play the game, even if they're still surrounded by Paul's groupies. I don't want to speak too soon, but I think things are about to get really interesting in the Big Brother house.