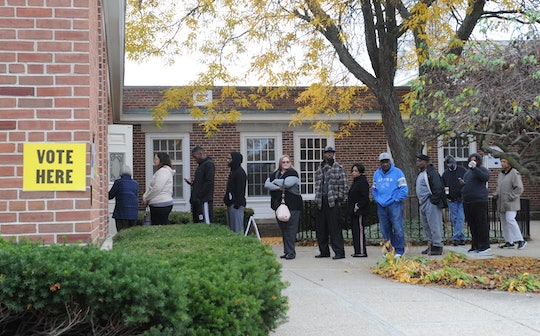 Can You Still Vote At The Memorial Park North Recreation Center After The Shooting?

Violence struck one tiny California town on Election Day as a shooting broke out just minutes away from the Memorial Park North Recreation Center in Azusa, California. A lot of the details from the shooting are still unknown. But California residents will be wondering if they can still vote at the Memorial Park North Recreation Center after the shooting since there is still time left to vote. Unfortunately, according to RT, the polling stations are currently on lockdown.

Residents of Azusa who live in that polling precinct might have to wait awhile. According to CNN's Chief National Security correspondent, the polling locations were on lockdown as of 6 p.m. EST (3 p.m. PST). It is unknown if the polls are still on lockdown one hour later, but it is understandable if they are — considering how close the shooting was to the polling location. It is incredibly shocking to know that such violence could come out of Election Day — a day where the citizens of the United States of America will be able to make a life-changing decision for the next four years of their lives. There is little information about what happened in Azusa, but here is what people do know about the polling locations, thanks to LA County Registrar Dean Logan who continues to update residents on Twitter.

There is so much that people have yet to learn about this shooting — for example, whether or not it was politically motivated, whether or not this will stop voters from heading to the polls in Azusa and the surrounding towns to place their votes. It is clear that the suspect is still out there — and that is what hurts the most. If it wasn't politically motivated, the timing of this shooting is absolutely awful. No one should be scared to place their vote in any election, especially in the United States. Violence is never the answer.