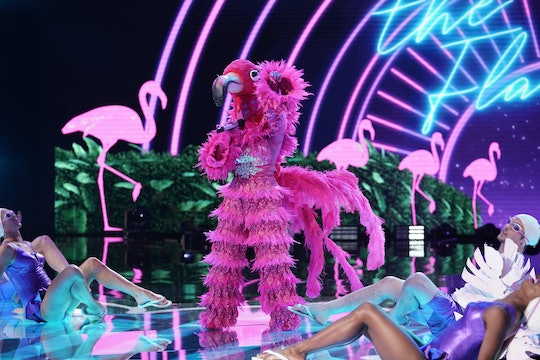 The second season of The Masked Singer is finally here, and this time around, the show will be bolder and bigger than last year. With more celebrities, new wacky disguises, and exciting clues to decipher, the competition is going to be a treat to watch. If you’re ready to jump into the action, you should know where and how to watch, and more specifically, where you can stream The Masked Singer Season 2.

Of course, the most obvious place to watch is on Fox through your cable box. But if you’re unable to do so, you can stream the series on through Fox’s website or the Fox Now app, which is available for most mobile and streaming devices, including Apple TV, Roku, and Google Chromecast. You can also catch episodes the day after they air on Hulu with a subscription. If you want to stream live, you can watch Hulu Live, Sling TV, Youtube TV, DirecTV Now, FuboTV, and Playstation Vue with a subscription to Fox.

So what can you expect this season? Along with host Nick Cannon, Robin Thick, Jenny McCarthy, Nicole Scherzinger, and Ken Jeong return to judge the musical performances and throw out their own wild guesses before the singers are unmasked. Season 2 also comes with 16 new celebrities — unlike last year which had only 12 — and will feature more elaborate disguises.

In an interview with Decider, The Masked Singer executive producer Craig Plentis teased the major surprises that will come with Season 2. “As well as just getting some unbelievable talent within the show, I think there are definitely going to be some huge surprises that America will see within the coming months,” he said. “There are going to be some good twists and turns in this next season. This is the one show like pay attention, it’s all there for you if you want to pay attention. If you don’t, you’re having a great time watching a great show as well.”

Plentis also revealed that there will be more clues this season, and with diligent research, fans may be able to figure out some of the celebrities’ identities. He also urged viewers to pay close attention to everything, because there are hints hidden throughout the show. “There are clues in everything this season,” he explained. “Just because after the clue package ends doesn’t mean that’s where the clues stop. Look at the outfits. Look at the songs they sing. Pay attention to every moment because that will help you determine who that person is underneath the outfit.”

It looks like this season is going to be full of plenty of excitement, and if you’re anything like me, you’ve already previewed each masked character and cracked open a few Wikipedia pages for research. The season is just getting started, and now that you have all your viewing options handy, all you need to do is start guessing.