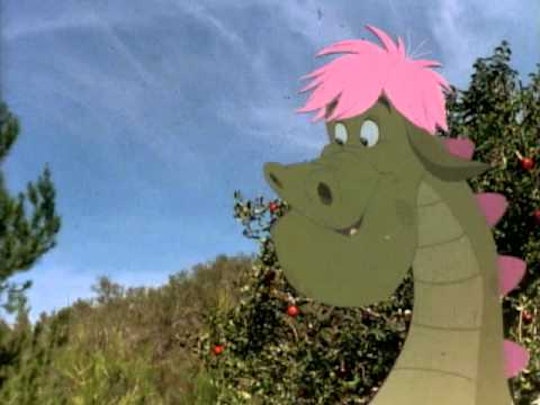 Disney’s highly anticipated Pete’s Dragon opens in theaters across the nation Friday, but did you know the film is a remake? The original Pete’s Dragon, directed by Don Chaffey, was released in 1977, and contained both animation and live actors. It stars Sean Marshall as the orphan Pete, who befriends an animated dragon, as well as a cast including Helen Reddy, Mickey Rooney, Jim Dale, and Shelley Winters. For those who want to check it out, I’m sure you’re wondering: can you stream the original Pete’s Dragon? Fortunately, the film is available for streaming on several platforms. The film can be rented for $2.99 on Google Play or Disney Movies On Demand, or can be rented on Amazon for $3.99.

For those interested in buying the film digitally, it can be purchased for $17.99 on iTunes or Amazon, or $9.99 for the SD version of the film from Disney Movies On Demand. The film has been released numerous times, and notably, was 134 minutes when it was first shown in theaters, but the version available on DVD and for streaming is 129 minutes.

Both versions of the film feature the friendship between Pete and a dragon named Elliot, who is being pursued by those who have interests in capturing Elliot. It is worth seeing the original film because there are many differences between it and the 2016 remake. The original film was a musical, and received an Academy Award nomination for Original Song Score and for the song "Candle on the Water." The new Pete's Dragon won't have any musical scenes, and its dragon Elliot is more is rendered more realistically than the cartoonish original. See the differences in the films' two trailers here:

Another difference is that, while in the original film, protagonist Pete meets Elliot after escaping his abusive foster family, the modern version of Pete and Elliot's encounter is more family-friendly: their meeting occurs after Pete's parents die in a car crash. The 2016 update is directed by Dave Lowery, and stars Bryce Dallas Howard, Oakes Fegley, Wes Bentely, and Oona Laurence, and was announced in 2013. The upcoming film has been well-reviewed; A.A Dowd of A.V. Club writes that "Lowery crafts a kind of family-friendly hang-out movie," that has "a real appreciation for the untouched beauty of nature." So for those of you anticipating the new version of Pete's Dragon, perhaps seeing the original will add to the experience.