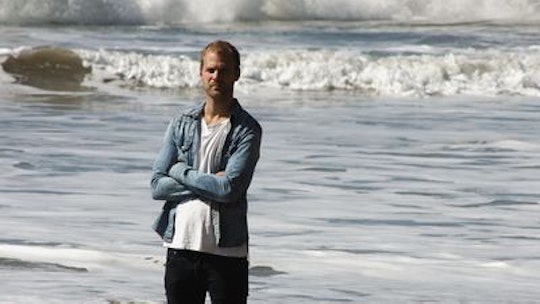 Can You Take Classes With 'The Healer's Charlie Goldsmith?

If you've been watching TLC's new show The Healer, you know how mesmerizing it can be. If you don't need to be healed yourself but energy healing appeals to you, you might be wondering if you can take classes with The Healer Charlie Goldsmith or otherwise learn how to do what he does.

That's a little complicated for a few reasons. For one, Goldsmith appears to be extremely busy at the moment. With the launch of his new TV show and other random projects that he has going on, he seems to be having trouble meeting with anyone, whether it's to heal them or show them how he heals. On his website for example, he wrote:

While there is no way I can help everyone who asks, there is a process in place to choose cases I will work on. They come from a variety of places including Facebook and Instagram messages. Unfortunately, many deserving messages will not be answered and I apologize for this.

That's obviously intended for prospective "patients" to be healed, but it's also a good gauge of how much the Australian healer is capable of taking on. But it's not just a matter of scheduling that might preclude any chance of learning from Goldsmith.

There are tons of energy healing classes you can take out there and many hospitals offer up energy healing as alternative therapies for pain and infection, so it's a field that one could theoretically get into and learn. Goldsmith, though, did not get any certifications or study under some guru for years and years before becoming an energy healer though.

He hasn't ever said that he can't teach his gift to other people (or at least not anywhere that I can find), but it might be more difficult in general to just pass on knowledge about something that he himself didn't work on cultivating.

According to a profile of Goldsmith in Elle, he learned of his gift as a teenager when his father sent him away to Camp Eden for the summer. While sitting in a locker room, a guy came up to him limping. Suddenly, Goldsmith could feel the man's pain. He explained:

At that exact moment I felt pain shooting up my leg. I fell off the bench in agony. It was like I had stepped on a metal spike. The guy was staring at me. He said, 'Thank you!' After 30 seconds, the pain started to leave my leg, and he was in pain again. It just seemed like something in the category of really weird stuff.

The next day that "weird stuff" continued. In the cafeteria, his hands started to pull together like magnets, he said. He was scared at first but then asked a woman next to him if she could feel it. She could. Soon, others were coming up to him to feel the energy. They could.

Later, a woman with a lump in her finger who hadn't bent it in years came up to him. With his energy, he seemed to ease the lump out and made it possible for her to bend her finger. According to Elle, it took Goldsmith some time to figure out what he was supposed to do with this "gift.

So he started just playing around with the energy and moving it around his body. He told Elle, "I would lie in my bed and do laps around the world with the energy. I learned to run multiple streams of it. I can't multitask in this world, but in that world I can do 10 things at once."

His gift might be legit, but it looks like multi-tasking as a teacher as well as a healer might be a little too much for him right now. Maybe that will change as more people are turned onto his work.