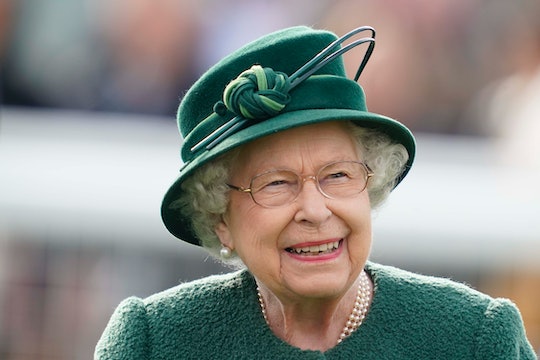 Psst! The Queen Is Looking To Hire Someone For A Pretty Sweet Job

It takes a lot of people to help the United Kingdom's royal family in all of their daily tasks and duties. The employees of the royal family play a huge part in their well oiled machine. And since it's almost impossible to join the royal family, the next best thing is to work for them, right? So, can you work for the royal family? As it turns out, you can, because Queen Elizabeth II is currently hiring for a pretty special position.

Working for the Queen of England and the world's most famous family likely has its perks. Not only can you rub elbows with royalty, but you'll also get some serious bragging rights. While most bosses like to believe they're queens, you'll get to work for the literal queen. On Friday, the royal household posted a new job for a "digital communications officer", according to TODAY, and it sounds like an actual dream.

The job is permanent, goes from Monday to Friday, and is just about full time (it requires 37.5 hours a week). Not to mention, it's located in Buckingham Palace, in London, England, which is the queen's permanent residence. As if that wasn't exciting enough, the job's description really seals the deal. The digital communications director is in charge of maintaining the Queen's presence in the public eye and creating content viewed by millions. Essentially, whoever is hired will get to help run the Queen's digital social accounts. Since so many people are obsessed with the royal family and love being on Instagram, it really is the perfect job for so many people out there.

The digital communications officer will work with a small team, create content for social media platforms, and write researched articles, according to the posting on the royal household's website. This job sounds incredibly rewarding — not only will the work completed in the role be shared worldwide, but they'll get to reach so many different people by highlighting the royal family's actions and work on social media. And there's some benefits — in this role, they'll get free lunch in addition to 33 days annual leave, among others.

But there are just a few key qualifications when it comes to working for the queen. The role calls for an expert in their field (with plenty of experience), in addition to being a creative person, a trend setter, a good communicator, and a flexible person. If this sounds like you, then you can apply on the royal household's website, but it should be known that there are just a few exceptions to who can apply.

Applicants have to be British citizens or have already obtained the legal right to work in the United Kingdom, and the interview process is lengthy, according to Town & Country. On top of this, if picked, they will also have to go through their security vetting system (you're working in Buckingham Palace, after all). But all of this will be worth it in the end for the job of a lifetime.

There are a lot of expectations that come with working for the royal family, according to Reader's Digest. Manners are a must and employees are expected to be on their best, most professional behavior. But it's all worth it in the end if that means getting to hopefully see some members of the royal family and be able to come up with Instagram captions for the queen.