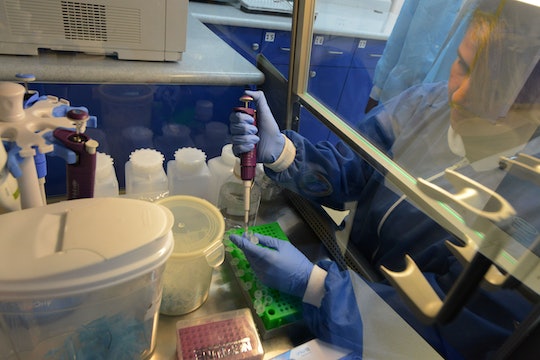 Can Zika Be Misdiagnosed? The Virus Shares Similar Markers With Dengue Fever

The Zika virus has rapidly spreading throughout South America and the Caribbean over the past year, and recently it’s slowly been making its way into the United States too. With the humid, mosquito-ridden summer months just around the corner, concern and worry surrounding the virus is rising, even more so now that the first reported death attributed to the disease in the United States was announced earlier this week and the Gulf Coast has been called “ground zero” for the Zika epidemic. The threat of Zika in the United States is understandably frightening and it’s even more believable that many would want to be completely informed in order to stay as safe as possible. With all the fear surrounding the outbreak though, is it possible for Zika to be misdiagnosed?

Deaths from Zika are rare among adults and the symptoms can resemble those of other similar viruses. Zika is transmitted to humans by an infected mosquito bite and can cause a mild fever, rash, and other flu-like symptoms. The World Health Organization (WHO) declared a global health emergency when Zika was found to be connected to a wave of microcephaly — which can cause unusually small heads and severe birth defects in infants — in Brazil back in February. There is currently no cure for Zika and treatment mainly focuses on alleviating the associated symptoms.

Unfortunately, a misdiagnosis can happen because Zika's symptoms closely resemble dengue fever, which is also transmitted through infected mosquitoes. Both Zika and dengue fever are common in tropical and subtropical areas.

Zika and dengue have a lot in common. The viruses are transmitted the same way and symptoms are difficult to differentiate. Neither virus has an available preventative vaccine and only the symptoms are treatable. A high fever can be found with both viruses, but dengue can lead to a hemorrhagic fever, which can be fatal. Zika is much more dangerous to fetuses, while dengue complications are far more serious for adults than Zika is.

Right now there is no widely available test for Zika. Currently, to detect the virus quickly, a blood sample needs to be taken within the first week of infection and sent to the Centers for Disease Control and Prevention (CDC) or another authorized laboratory. But, because of it's similarities to dengue and yellow fever, experts say that Zika results may “cross-react” with antibody tests for those viruses as well.

According to The New York Times, a Puerto Rican man in his 70s died from Zika virus complications in February this year. One such complication was internal bleeding, which stemmed from a rare immune reaction to an earlier Zika infection, The Times reported on April 29. The death wasn’t tied with Zika back in February because it took some time to be sure the virus was the actual cause of death, and not a similar disease, such as dengue.

As the summer months approach, you can prepare yourself and take certain measures to control the threat of Zika around your home. Rid your yard of any standing water pools, which act as breeding grounds for mosquitoes. Use insect repellents, light Citronella candles during your barbecues, and use screen doors to keep mosquitoes out of your home — because no one wants a mosquito bite, or a subsequent misdiagnosis, to ruin their summer.