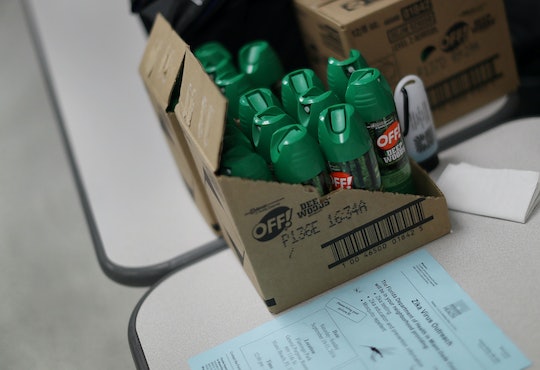 Most of the Zika cases in the United States have, fortunately, been tracked to their origin, like whether a patient got it by traveling, living in a Zika infected area, or through sexual contact. But one case in Utah has some doctors and researchers wondering if Zika can be transmitted on contact alone. In June, an elderly man died in Salt Lake County due to septic shock, and health officials are unsure whether it was due to his Zika infection, contracted while traveling abroad, or other illnesses the patient previously had. But his son was later diagnosed Zika, too, even though he hadn't traveled anywhere where Zika mosquitos live. He had only cared for his elderly father while he was sick.

His father had very high levels of Zika in his bloodstream, which means that it's possible that there was a higher risk of transmission through his bodily fluids that his son might have come into contact with.

But up until this case, there have been no instances of transmission by "sneezing or coughing or kissing or sharing utensils,” according to Dr. Thomas R. Frieden, the director of the Centers for Disease Control and Prevention, who spoke with The New York Times in July.

Frieden had a special team investigating the Utah case and although the son is now healthy, the CDC isn't sure how he got it in the first place.

The most logical reason would be that he had close contact with his father, who had "100,000 times higher than the average level reported in persons infected with Zika virus," according to a report released on Tuesday. That still doesn't match up with current research on the Zika virus, which shows that it can only be passed through sexual contact or a bite from a Zika mosquito. And Utah hasn't had an outbreak of Zika or any instances of Zika-infected mosquitoes.

Dr. Angela Dunn, the deputy state epidemiologist at the Utah Department of Health, told The New York Times, "We have found no evidence that mosquitoes here in Utah are transmitting the Zika virus." So it's not the bugs.

In the Utah case, the CDC has interviewed and tested other family members and health care workers who assisted the elderly man. All of them, but the one son, were negative for Zika. The infected son did say that he assisted health care workers in taking stool samples from his father, though he didn't handle them directly.

It's confusing, even to health officials. It's possible, according to CDC officials, that the high level of Zika in the elderly patients bodily fluids made it easier to transmit to his son. But there's still no official conclusion from the research team on the case. Hopefully, for everyone that could come into contact with Zika, there will be answers soon.