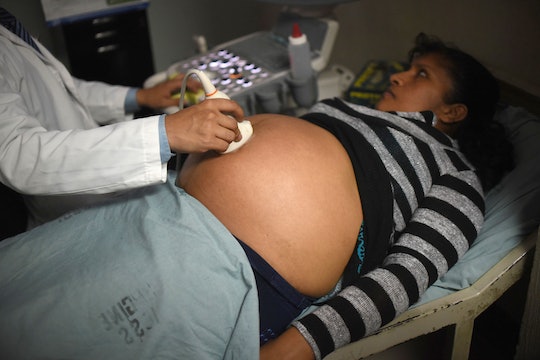 The question of whether Zika tests can be wrong poses a terrifying prospect for women who are pregnant or planning a pregnancy and living in a country where the mosquito-born virus has been detected. But a new study released this week suggested that Zika tests can offer “false reassurance” to pregnant women if performed too early or without proper caveats, Reuters reported. The case of a pregnant woman who contracted Zika but tested negative for the virus until well into her second trimester could challenge what doctors understand about virus transmission and the current recommendations for early detection and care for Zika-exposed patients.

According to the Washington Post, the unidentified woman at the center of the Zika study was a 33-year-old DC resident who vacationed in Mexico, Guatemala, and Belize in November 2015 when she was 11 weeks pregnant. After she returned home, the woman developed several telltale symptoms of Zika exposure, including fever, a rash, and pain in her eyes and muscles, the Post reported. While ultrasounds taken at 13, 16, and 17 weeks gestation failed to detect any signs of brain damage, at 19 weeks gestation doctors discovered a significant drop in fetal head circumference according to the Post.

That the Zika virus was able to hide successfully from the patient’s immune system through half the pregnancy has doctors concerned about giving women “false reassurance” in early screenings, study author Adre du Plessis told Reuters this week. Du Plessis is director of the Fetal Medicine Institute at Children’s National Health System in Washington, D.C.; he and several of the center’s researchers outlined the case in an article published this week in the New England Journal of Medicine.

What our paper suggests is that physicians should use caution in reassuring patients who have normal fetal ultrasound examinations early in their pregnancies. There is an enormous amount we don't know about this current strain and outbreak of Zika virus. It seems to be behaving differently than in the past.

Not only does the study offer concerning evidence about the capacity of the virus to cause harm in the fetal brain while going undetected, it calls into question current thinking on how long Zika remains in the bloodstream, the Post added. According to that report, the woman tested positive for Zika for 10 weeks after exposure — at least two weeks longer than researchers originally would have considered likely.

Given the results of this case, researchers recommended that early detection include looking for brain changes beyond some of the obvious Zika markers. “They only looked at the size of the head and looked for brain calcifications to make sure she didn't have microcephaly and reassured her that everything looks okay," Rita Driggers, co-author of the study and medical director of Sibley Memorial Hospital’s maternal-fetal medicine division, told the Washington Post. Other possible indicators of fetal exposure to Zika include high levels of fluid in the brain and certain nerve system abnormalities, according to the New York Times.

Otherwise, du Plessis warned in his interview with the Post, mothers could be given false reassurances about the potential dangers to their unborn babies until late in pregnancy — and well “outside the legal limits” to terminate the pregnancy for those who might choose to do so.

According to news reports, researchers believe the latest study will help shape future, in-depth analyses of the link between Zika infections, detections, and fetal health. In the interim, the CDC has updated recommendations for Zika screening of pregnant women: all women who have lived in or visited areas with active Zika transmissions should get a blood test for the virus, whether or not they show symptoms of exposure. And any woman who might have been exposed should get at least one ultrasound to look for evidence of fetal infection, preferably in the second trimester according to the Times. It will be up to clinicians to deliver the difficult news that in some cases, a single ultrasound might not be enough.