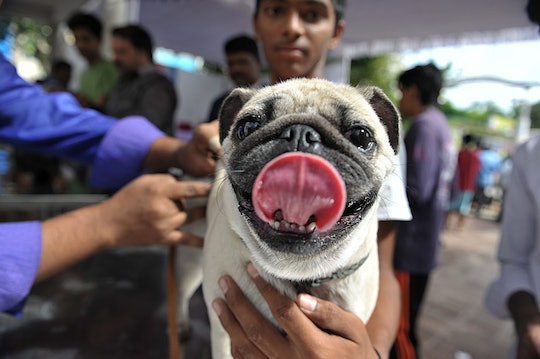 Can Zika Virus Harm Your Pets? Little Is Known About How The Virus Affects Animals

Zika virus does not seem to be slowing down. In the last 24 hours alone, there have been multiple unfortunate updates in the fight against the spread of the mosquito borne virus. The Guardian reports that up to four people have been treated for Zika in Northern Ireland. The Centers for Disease Control and Prevention (CDC) confirmed that there are now 45 cases of the disease in Michigan and the Journal for the American Medical Association Opthalmology published a study stating that Zika has been found in fluid around the eyes of some patients that have contracted the virus. There is, understandably, a lot of concern surrounding this epidemic. People, especially expectant mothers, want to do everything they can to prevent themselves from contracting Zika. Many young families also keep animals in their homes and are starting to wonder if Zika virus can harm their pets. The truth is, little is known about the virus affects animals.

There is currently no evidence that suggests household pets, such as dogs and cats, can either contract or transmit Zika virus. This is good news, however, there is a catch. While there is currently no evidence that would suggest pets can contract Zika, there hasn't been a sufficient amount of research completed to definitively say if pets can be harmed by the virus. More research will needed to be done to fully understand Zika in both humans and animals.

Dr. Jennifer Coates, DVM, over at PetMD notes that, so far, no birth defects due to Zika have been recorded in animals either, despite the fact that it shares similarities to other animal viruses. "To my knowledge, there have been no reports of illness or birth defects related to Zika virus infection in animals," Coates writes, adding,

That does not necessarily mean that it does not occur, however. It simply means that the research has not been done. Interestingly, a virus that is related to Zika (Bovine Viral Diarrhea Virus, or BVDV) is known to cause birth defects in calves, including microcephaly and eye deformities, when their mothers are infected during pregnancy.

The CDC has confirmed that it does appear that Zika vrus can be spread between humans and animals. Much is still unknown, though, so it's important to precautions to protect yourself and your pet. Mosquito control is the best way to prevent potential viral contraction, and there are great mosquito repellant options that are safe for animal use as well. (Make sure you avoid using human bug spray on pets because it can toxic to them.) Avoid leaving stagnant water around your house and taking your pets outside during peak mosquito biting times, as well. These small steps can ensure your pet is not harmed by annoying mosquitos or any unseen complications that may eventually arise as Zika makes its way north to the United States.

More Like This
Yes, Your Young Children Belong At Abortion Rallies
The Best Apps For Selling Used Baby Gear
If You're Worried About Your Child's Progress With Reading & Writing, This App Could Help
14 More Amazing Shows Like Workin' Moms To Watch That Also Get Real About Motherhood