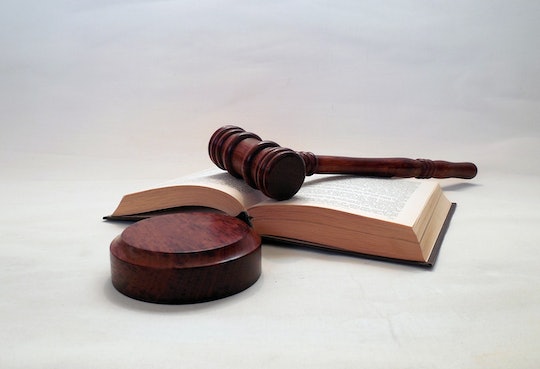 A 64-year-old judge in Canada is in hot water for what has been deemed questionable behavior and inappropriate comments he made during a 2014 rape trial involving a 19-year-old alleged victim. During the course of the trial, Robin Camp reportedly asked the accuser why she didn't "keep her knees together" to prevent the alleged rape, in addition to a bevy of other insulting and dismissive comments. Now he's facing removal from his position.

The judge has since apologized, but it's hard to see how any victim could trust getting a fair hearing in Camp's courtroom. In transcripts, Camp is reported by The Guardian to have told the victim — whom he consistently referred to as "the accused" throughout the trial — that "pain and sex sometimes go together." Unsurprisingly, Camp ruled to acquit the accused rapist because The Guardian said he found the accused's testimony to be "more credible."

Camp's behavior caused his verdict to be overturned and a new trial was held.

For his part, as previously mentioned, Camp has apologized and said he wished he wouldn't have said what he did.

"I was not the good judge,'' he said, according to The Huffington Post. "I thought I was. I struck the wrong tone in counsel submissions. I was rude and facetious." Camp also conceded his "questions were not only offensive but they carry with them the implication that the complainant should have done something.''

But the damage to a young girl who was the target of Camp's words has been done. According to The Huffington Post, during the trial, the judge questioned the accuser's moral character and hinted that she didn't fight her attacker off hard enough.

During Camp's hearing in front of the Canadian Judicial Council, the victim testified about the way Camp's questioning and attitude made her feel. "He made me hate myself and he made me feel like I should have done something ... that I was some kind of slut,'' she claimed.

Camp, who is originally from South Africa, said his performance was due to a lack of understanding of Canada's laws regarding sexual assault. (That's despite a regular money he receives from the government to invest in his continued education.) The particular law that appears to have escaped his attention is a Canadian law designed to protect women from discrimination in situations precisely like this one. "I didn’t know what I didn’t know,” Camp told the CJC, according to Huffington Post.

Camp's lawyer is arguing that his client has a "strong moral compass" and that he has learned from his mistakes and "will not make statements like this again," according to CBC News. Now it's up to the CJC to decide if he will be removed from the bench.