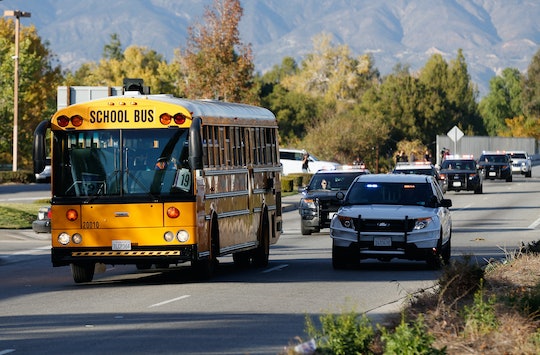 At least five people were reported fatally shot during a school shooting in Saskatchewan, Toronto, Canada, Friday, according to the Associated Press. The shooting took place at La Loche Community School, an aboriginal school in a Canadian community. A gunman was taken into custody Friday, according to CNN.

The school was under lockdown Friday as authorities searched the premises. In addition to the five dead, Canadian Prime Minister Justin Trudeau said two more were critically injured. The school's Facebook page asked that people respect the privacy of the school's students as well as their families while the scene remains locked down, and the Royal Canadian Police deem it safe and secure. For now, that's all the information officials have.

"We're fairly shaken up. It's a sad day," said Georgina Jolibois, a former mayor of La Loche and current member of parliament. "My own nieces and nephews were inside the school."

Brad Wall, the premier of the Canadian province of Saskatchewan has confirmed the two fatalities, however has not released any more information.

There is currently an emergency occurring at the Dene Building and we are asking the public to stay away while the matter is resolved by the RCMP. The elementary school is also under a lock down which will not be lifted until we hear that it is safe from the La Loche RCMP. We will not be allowing anyone in or out until we have a clear idea of what is going on.

Trudeau gave remarks on the school shooting in a press statement, speaking in both English and French. “We all grieve with and stand with the community of La Loche and the province of Saskatchewan on this terrible and tragic day,” Trudeau said.

Members of the La Louche community are devastated by the events. According to CTV News, there's no word yet on if the victims are students, staff, or faculty members. Parliament member Jolibois shared sentiments of perseverance with the following statement:

This tragedy reaches across nations, as one person from the Netherlands commented on the school's Facebook page:

Terrible news. Condolences from the Netherlands and our thoughs are with everybody in your community. Hopefully it will help to know that the world is supporting you. Peace and love

The New York Times reported that this is the first Canadian school shooting since 2007. Although the La Loche is an aboriginal community where fishing and hunting are part of daily life, (which means hunting rifles are common) Canada has very strict handgun restrictions. No word yet on what type of weapon was involved in the La Loche school shooting.

As the news spreads, people are grieving the loss of lives, proving that gun violence is a worldwide problem that requires a strong solution.