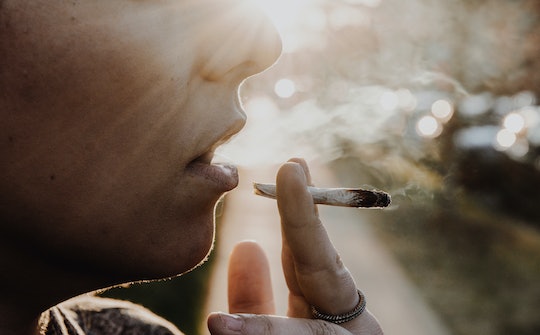 The study, led by the Colorado School of Public Health and published in The Journal of Pediatrics, found that moms who used cannabis during pregnancy were 50 percent more likely to have a baby with a lower birth weight, according to Science Daily. Researchers examined data from 3,207 female participants in the Colorado Pregnancy Risk Assessment Monitoring System in 2014 and 2015.

It was determined from the surveys that marijuana was used by 5.7 percent of pregnant women and five percent of breastfeeding women, according to The Journal of Pediatrics. Younger, less educated white women who received Medicaid or WIC, were unmarried and lived in poverty were the most likely to report using marijuana during pregnancy — three to four times more likely to be exact. Additionally, 88.6 percent of women who reported prenatal cannabis use also reported breastfeeding.

Lead author of the study Tessa Crume, assistant professor of epidemiology at the Colorado School of Public Health at the University of Colorado Anschutz Medical Campus, told Science Daily that her research calls for greater parental education:

Our findings underscore the importance of screening for cannabis use during prenatal care and the need for provider counseling about the adverse health consequences of continued use during pregnancy.

Prenatal marijuana use appears to be on the rise in the U.S. A separate study looked at expectant mothers in Kaiser Permanente Northern California specifically, and found that marijuana use in pregnant women between the years of 2009 to 2016 rose from 4.2 percent to 7.1 percent. The greatest increase was in women younger than 25: going from 12.5 percent to 21.8 percent among those under 18 and 9.8 percent to 19.0 percent among those 18 to 24 years old, as Forbes reported.

With increased use has come increased research on the effects of marijuana during pregnancy. While the findings of Crume's study are alarming, it is worth stating that studies overall have been somewhat contradictory. In fact, some midwives still recommend using marijuana to ease pregnancy symptoms, according to What to Expect. The full effects of prenatal cannabis use remains unknown. However, some studies have suggested that it can lead to increased risk of stillbirth, poorer performance on visual-motor coordination in children, and higher rates of behavioral problems later during childhood, according to NPR.

As for marijuana use during breastfeeding, there are even more unknowns. It has been found that some amount of THC does pass through into breastmilk, but how it goes on to affect the baby is still up for debate. Due to this lack of definitive information, the American College of Obstetricians and Gynecologists recommends that women refrain from using marijuana during pregnancy and breastfeeding — including eating, smoking, inhaling, or otherwise consuming it.

There's another reason why the effects of marijuana during pregnancy are still a bit purple-hazy: outdated information. Crume told Science Daily that along with the demographics of cannabis users, marijuana itself is also changing:

...much of the research on the effects of prenatal cannabis on neonatal outcomes was based on marijuana exposures in the 1980s and 1990s which may not reflect the potency of today's cannabis or the many ways it is used."

Women considering use marijuana have a lot to consider. Weighing the pros and cons and consulting your medical care professional are key. The risks are nothing to scoff at.