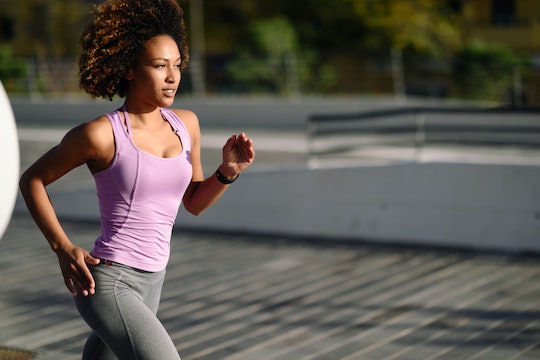 Cardiorespiratory Fitness Could Prolong Your Life, According To A New Study

With heart disease on the rise in America, discussions around cardiovascular health have become increasingly relevant as people look into preventative measures. Exercise is often thrown out as one step for people to take, but how well does it work? According to a new study, cardiorespiratory fitness could actually prolong your life, with no limit to the benefit of aerobic fitness.

Cardiorespiratory fitness is a type of exercise relying upon your body's ability to give itself plenty of oxygen while you're active, as outlined by In-Pulse CPR. It has benefits for both your heart and lungs.

Statistics predict that about 45 percent of Americans will experience at least one heart disease-related issue by 2035, as reported by Healthline. Heart disease is often more closely associated with men, but the reality is that it's the most common cause of death for both men and women in the United States.

Many of these diseases are preventable, though. Being told to increase exercise might seem like a cliche, but improving cardiorespiratory fitness has real benefits.

For a study published in the Journal of the American Medical Association Network Open, researchers worked to examine the association between cardiorespiratory fitness and long-term mortality. As outlined by the study's abstract, researchers worked with a group of 122,007 patients who participated in exercise treadmill testing at Cleveland Clinic between Jan. 1, 1991, and Dec. 31, 2014.

Researchers found that higher cardiorespiratory fitness was associated with reduced long-term mortality, as noted by Science Daily, and there was no limit on the positive effects of aerobic fitness.

Extreme aerobic fitness was found to have the greatest benefits, especially in older patients (70 and older) and in those with hypertension, as outlined by the study's abstract.

Wael Jaber, Cleveland Clinic cardiologist and senior author of the study, said, according to Science Daily:

"Aerobic fitness is something that most patients can control. And we found in our study there is no limit to how much exercise is too much. Everyone should be encouraged to achieve and maintain high fitness levels."

"The risk associated with poor cardiorespiratory fitness was comparable to, or even exceeded, that of usual clinic factors like cardiovascular disease, diabetes, and smoking," according to Science Daily.

Working on cardiorespiratory fitness isn't something that you need to shell out big bucks for. Running, jogging, swimming, bicycling, or even speed walking, are all great activities for aerobic fitness, as outlined by Answer is Fitness, because these activities get your heart pumping and make good use of larger muscle groups.

Although prevention is usually thought of in terms of older patients, it's never too early to start working on fitness. It might even help you live longer and more healthily, which, after all, is often the goal.