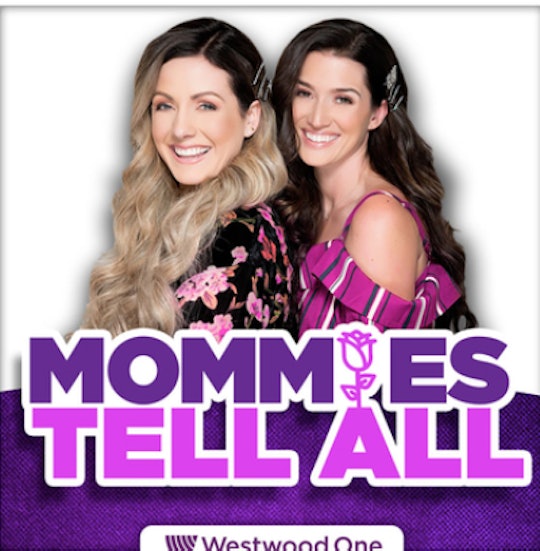 For some, life after The Bachelor is a drastic change. And Carly Waddell and Jade Roper's "Mommies Tell All" podcast is a testament to that. Where they once chased men on national television, the pair are now chasing kids and changing diapers, and they're getting real about it on their hilarious and relatable podcast.

The "unfiltered podcast" has found a new home on The Empow(h)er Network on Westwood One. You can listen to it through Westwood One directly, and on its app, or via Apple Podcasts or Spotify.

The podcast started as "self-therapy" for Waddell and Roper, the pair said in a press release. But after other moms connected with it, the show took off. (According to iTunes, the podcast has a 3.5 star rating, so clearly it's a hit.)

"The show is all about women — us as moms and wives, and no subject is off limits or taboo — from sex and love to everything in between," Waddell said in the press release. "We both want to continue to empower women to dream big and make their dreams a reality."

Roper added in the press release that "being a mom is absolutely rewarding, but it can feel chaotic and sometimes lonely, and we want women to know they aren't alone in their experiences and their feelings."

Roper also celebrated the new partnership on Instagram, sharing photos of herself and Waddell along with a long caption about "Mommies Tell All." In it, she gushed about her "love" for Waddell, adding that she was "so glad I get to experience mom life with a friend like" her.

Roper also shared in her Instagram post that the first episode actually features their husbands, Tanner Tolbert and Evan Bass.

Waddell and Bass welcomed their daughter Isabella Evelyn in February 2018, according to People. The new dad told the magazine at the time that he "cried a lot during" his daughter's birth and they were completely "smitten and cannot stop kissing, cuddling and adoring" their baby girl.

And the couple have not stopped any of that, as is evident from their social media feeds. Waddell's Instagram is full of adorable photos of herself and Isabella, and most recently, she posted a picture of the two of them sharing a Mickey Mouse-shaped ice cream cone at Disney World.

As for Roper and Tolbert, they welcomed their first child in 2017, as Us Weekly reported, a daughter named Emerson. And in case you missed it, Roper is currently pregnant with her second child, exciting news she and Tolbert announced on Instagram in January.

"Baby #2 is adding to our crew!! We are overjoyed our bundle of love will be joining us in August! We’ve been dreaming of you for a while now, and you are already loved beyond imaginable, sweet baby," Roper captioned a photo announcing the news. And earlier this month, the pair revealed on Instagram that they're expecting a boy.

The first episode of the newest season of "Mommies Tell All" is available now, and new episodes drop every Thursday.

So mamas, feel free to take a well-deserved break and enjoy Waddell and Roper's delights and misadventures in motherhood. You won't regret it.