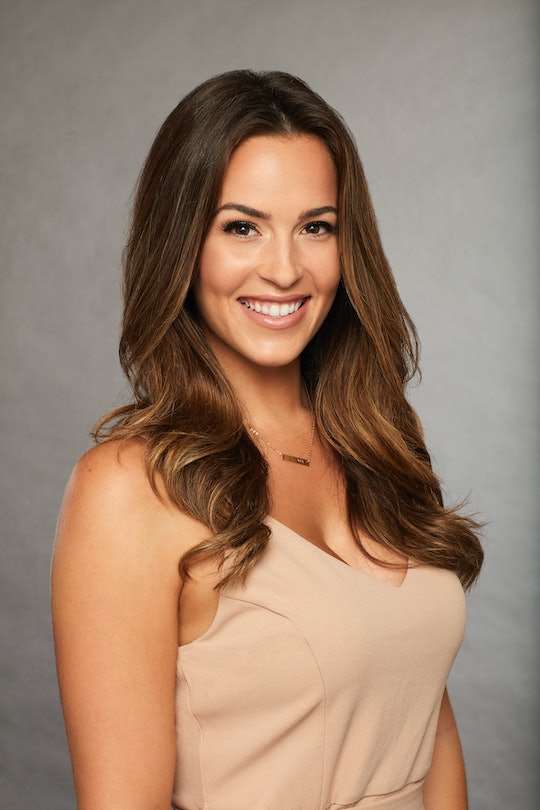 As Chris Harrison keeps reminding us, this will be the most dramatic season finale of The Bachelor ever. And as Caroline keeps reminding us, Arie did something that was really not cool, which she reinstated to Harrison on the live show. Caroline's comments about Arie on The Bachelor finale hint at the drama to come. Whatever it is that he did, Caroline is definitely not over it. And she is taking every opportunity to let America know. Cynics will say that Caroline is just after the screen time. I say that Caroline is just looking after her friends.

At the Women Tell All special that aired right before the Fantasy Suite dates, Caroline was the one everybody was talking about the next day. She didn't make a huge splash on Arie's season as far as screen time, but she wasn't afraid to tell him exactly what she thought. "I know what you did," she said directly to his face. She continued by saying that she just couldn't understand how he could do that. For Bachelor viewers who haven't already been spoiled, her words seemed pretty cryptic. What did Arie do? And why was Caroline so upset? One thing she made very clear was that everyone needs to watch this finale.

Because she was so much fun at Women Tell All, she was invited on stage at the live finale of The Bachelor Season 22. Harrison asked Caroline a couple of candid questions and once again Caroline did not hold back. "What he did is unforgivable. There's no other way around it," she said. She went on to speak on behalf of not just one woman, but both. "It's hard to watch all of this and to watch him kind of toy with both girls. And I think what he did to both of them is just not fair," she said, going on to explain how much she cares about the other women who were on the show with her. "You live with these girls 24/7. No social media, completely detached from the real world, and you get to really know these women and care about them," she said.

But perhaps her sharpest barb came when Harrison asked if she believed Arie when he says he fell in love with both women. After all, if he really was in love with both of them, then perhaps whatever it is he does could be forgiven. But Caroline isn't buying it. "I don't think he knows what he wants," she said decisively. "I think he thinks he's supposed to do things in a certain way..." she began to say before reiterating that she just doesn't think Arie knows what he wants.

I think at this point even Arie would agree that he doesn't know what he wants. Was Caroline perhaps hinting that Arie doesn't love either of them? She stopped herself from saying it, but it certainly doesn't sound like Caroline believes Arie when he says he just loves both of them too much to make a decision.

Later in the evening fellow fan-favorites Bekah M. and Seinne came on stage with Harrison. Bekah said that she believed Arie fell in love with both women that it's totally possible. But she also said that if that was the case and he wasn't sure about making a decision, then going through with a proposal was the wrong move. I don't know if anyone can really disagree with that. We'll just have to wait and see how this all goes down, and if Caroline was totally right about him.