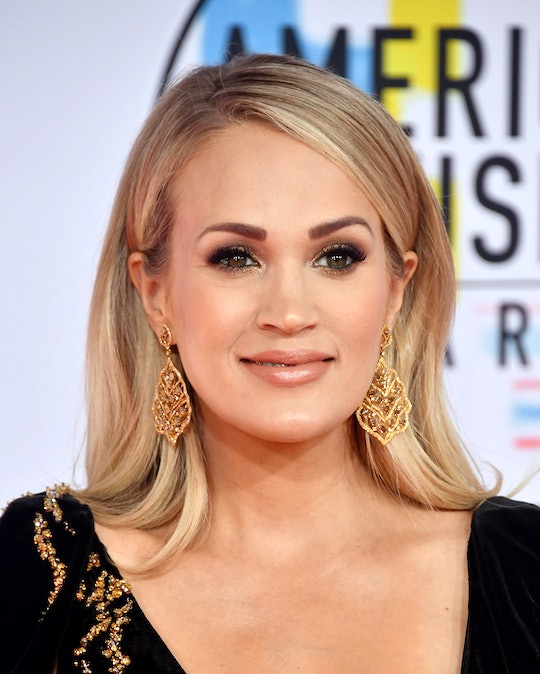 by Christina Montoya Fiedler
May 2, 2019

Being a working mom is a real challenge. There are kid commitments, work commitments, household commitments, and more. Everything has to get done somehow, even if it sometimes doesn't seem like it'll actually happen. And while it can feel like "regular" working moms are dealing with a different set of challenges than other moms, that's the case for famous moms like Carrie Underwood too (even if they may sometimes get a bit more help than you do). Carrie Underwood opens up about taking her kids to work, and her perspective is interesting.

Underwood and husband Mike Fisher have two children together, 3-month-old Jacob Bryan and 4-year-old son Isaiah, according to Elle.

And now the whole family is on the road together for Underwood's Cry Pretty tour.

Underwood admitted that she's dog-tired but also realizes how lucky she is to be able to bring her kids to work.

"I'm gonna have them all out on the road with me, which will definitely be a whole new experience," Underwood told anchor Natalie Morales in an interview for the Today show. "But going out on the road with a 3-month-old, I'm tired... but how many people get to take their children to work with them? As busy as we are, he's here during the day and we have a little area that he can play in and I get to see him in my breaks, and how many people get to do that? I'm so lucky."

But she also said that, despite being famous and traveling the world for work, her job isn't harder than anyone else's.

"Everything that we all do is just as difficult, but in different ways," Underwood told Morales, per USA Today.

Underwood has long been honest with fans, from her miscarriages to the pressure to lose her baby weight, according to Women's Health. But it's not stopping her from moving forward.

"I'm going to be honest, 'bouncing back' after having Jacob has been much more difficult than after I had Isaiah and I've been pretty hard on myself lately. I go into the gym and I can't run as fast or as far. I can't life as much weight or do as many reps as I could a year ago," Underwood said.

But then she came to the following conclusion, one that all moms should listen to.

"As I was working out today, I realized that for the past 11(ish) months, my body has not belonged to me. It was a perfect home for Jacob. And even now it belongs to him every time he drinks his milk." It was the perspective shift that the new mama needed in order to be a little gentler on herself.

Underwood's tour starts this month. And while fans initially wondered why she planned to start her Cry Pretty tour so late, she posted an Instagram story to answer their questions. She was pregnant! And, naturally, she wanted to wait until after the child's birth to head out on the road.

The tour is scheduled to end later this year. No doubt she'll be ready to get back to a normal life. But what is normal when you're a multi-million dollar recording artist? It's her perspective on mom life that makes her so down to earth and relatable to other parents.