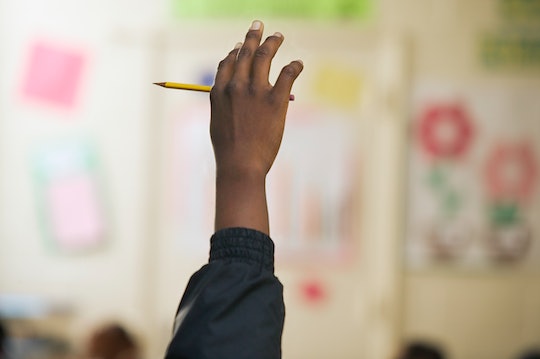 Weeks after President Donald Trump criticized guidance from the Centers for Disease Control and Prevention (CDC) on reopening schools as being "expensive" and "very tough," the public health agency rolled out updated recommendations. But Democratic lawmakers and teachers have criticized the CDC's updated school reopening guidance, with the nation's second largest teachers' labor union claiming the CDC "may have changed its tone to accommodate President Trump’s whims."

"The CDC may have changed its tone to accommodate President Trump's whims, but the details of its guidance remain the same: Schools cannot reopen safely and equitably until we have effectively contained the virus spread and have a robust testing system, a plan for a future surge, and appropriate safety protocols in place, including physical distancing, proper ventilation, deep cleaning procedures and adequate personal protective equipment," Randi Weingarten, the president of the American Federation of Teachers (AFT), which represents 1.7 million members across the nation, said in a statement.

"The CDC could really help parents and educators by issuing a clear set of protocols and making it easier to navigate, instead of offering endless checklists that send people searching for answers," Weingarten added.

While the CDC initially said it had no plans to revise its guidelines in the wake of Trump's comments, it released a series of new resources and tools last Thursday alongside a statement stressing, "the importance of reopening America's schools this fall." It repeatedly claimed COVID-19 posed "low risks" to children as they seemed to be less likely to contract or transmit the virus than adults. However, according to The New York Times, recent research from South Korea has found that kids 10 and older are just as likely as adults to spread the novel coronavirus.

In the resources and tools released last week, the CDC placed a heavy emphasis on why it was important for schools to welcome students back in person this fall. "Schools are a fundamental part of the infrastructure of communities," the CDC noted, adding that schools contributed to a community's economic health by enabling parents to work. The CDC also stressed that remote learning and school closures not only threatened children's academic achievements but their social, emotional, and behavioral health as well.

And although teachers agree there are a multitude of valuable benefits to in-person learning, they've expressed concern about the Trump administration's push to reopen schools despite dozens of states seeing a surge in COVID-19 cases. In the statement released Friday, Weingarten argued that while educators agreed remote instruction wasn't the most ideal learning model, reopening guidance needed to prioritize students and teachers' safety.

"The safety and health of students and staff must be paramount, particularly given the surge of COVID-19 in the South and West, and the new research about young people spreading the virus," Weingarten said. "Let’s stop the debate about whether safety matters and start rolling up our sleeves so we get the resources to meet the needs of students, whether we are teaching remotely or in person."

In a virtual address to AFT members on Tuesday, Weingarten said the union's executive council had approved members to go on "safety strikes" if school reopening plans failed to adequately protect educators' health and safety. The union has called for schools to reopen only if there is a low infection rate and adequate testing happening in its community and the school has adequate resources, funding, and health safeguards to prevent the spread of coronavirus.

But teachers aren't the only ones who have questioned the CDC's updated guidance. In a letter to CDC Director Robert Redfield and Secretary of Education Betsy DeVos obtained by The Washington Post, Democratic lawmakers Sen. Elizabeth Warren and Rep. Andy Levin accused the Trump administration of "interfering in the CDC's messages to the public" and "prioritizing its political interest in reopening all schools for in-person instruction without regard to the advice of federal, state, and local public health experts."

After speaking with an unidentified federal official, The New York Times has alleged the CDC's most recent statement on reopening schools was largely written by the Department of Health and Human Services' Substance Abuse and Mental Health Services Administration. The New York Times' report alleges that experts at the CDC were "cut off from direct communication" with a working group the Department of Health and Human Services established to tackle the project following Trump's criticism. Romper has reached out to the CDC for comment.

According to The Washington Post, Warren and Levin's letter went on to say that the "public deserves to know the extent to which political pressure has affected the CDC's decision-making, its updated, July 23, 2020 recommendations for schools and child cares programs, and any additional guidance that CDC issues in the future."