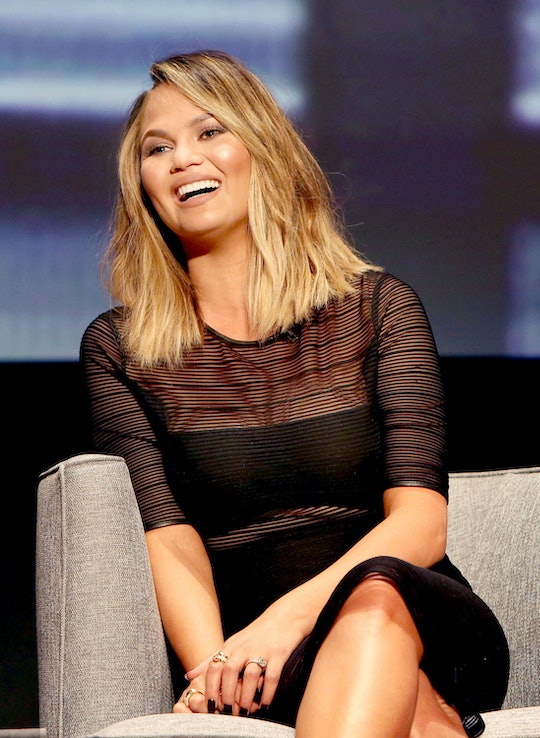 It seems like it's impossible for a celebrity mom to do anything nowadays without an army of angry trolls taking to their keyboards and tossing off some hurtful words about how she's a bad mother. These women are guilty of "sins" ranging from not losing baby weight quickly enough to going out to dinner. (How horrifying!) Luckily, many celebrities who are mom-shamed handle their trolls like pros, reminding mothers everywhere that there's no pleasing everyone, and that's okay.

One of the most recent mom-shamings to blow up on the internet was that of cookbook author, model, and dream BFF Chrissy Teigen. Teigen and her husband, John Legend, went out to dinner not long after their daughter Luna was born, the paparazzi posted some photos, and people went nuts. "No normal woman would want to leave her baby so soon," one commenter wrote, while another cruelly brought up Teigen's struggle with infertility, saying, "Years of infertility struggle finally had a baby and peaces out after a week." So apparently it's not okay for a mother to take a well-deserved break, but it is okay to be a massive cyberbully/garbage person?

Teigen is well-versed in the cruelties of the internet, though, and she quickly shamed the would-be shamers through some tweets of her own:

Plus-sized model Tess Holliday has also received far too much negativity online about her body, with particular vitriol heaped on her over pictures of her breastfeeding her son. But instead of retreating in shame, Holliday posted another breastfeeding photo with the hashtag #normalizebreastfeeding, and it has been receiving lots of positive responses.

Social media star, Slut Walk founder, and talk show host Amber Rose also clapped back at those judging her for not dressing and acting like a mother "should." In an interview with People, she said, "I don’t care what anybody says. I sleep like a baby at night when I see comments like that. Everybody else can talk s---, but my son won’t."

And as to how her son Sebastian will react, Rose believes,

When he’s old enough, he’s not going to look back at an old picture and say ‘God, Mom, why were you dressing like a slut?’ He’s going to be like, ‘Wow, Mom, you were gorgeous and now you’re old!’

From newspaper editorials condemning Megan Fox's decision to hire a night nurse to outrage over Reese Witherspoon feeding her kid what some deemed to be too sugary of a breakfast, mom shaming is inescapable. And that sort of judgement can be dangerous. Outside negativity about a mother's decisions, whether she's famous or not, can lead her to all sorts of feelings of guilt. Kudos, then, to these celebrities for speaking out against the trolling!

More Like This
Prince Harry Shares His Advice For Children Grieving The Loss Of A Parent
Exclusive: 'Firebuds' Dives Into Hanukkah Traditions In Festive New Episode
Meghan Markle Spent Her Thanksgiving Volunteering For A Cause Close To Her Heart
14 Baby Names Inspired By 'The White Lotus' That Deserve A Round Of Aperol Spritzes