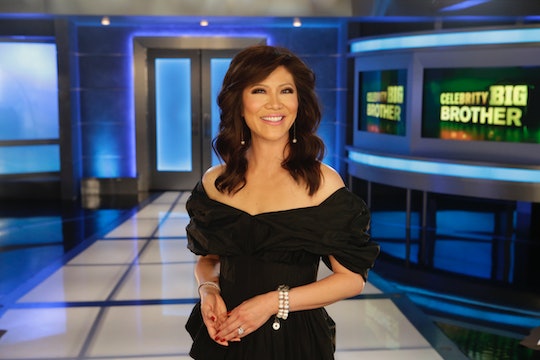 The Cast Of 'Celebrity Big Brother' Is Epic

When it came to who could be entering the house, one of the popular guesses was Tiffany "New York" Pollard, who first came to fame on the reality series Flavor of Love, but has since gained notoriety after appearing on the U.K. edition of Celebrity Big Brother and becoming a fan favorite.

Another potential houseguest was Shane Dawson, a popular YouTuber who has made it very well known that he's a Big Brother super fan. Super fans are often brought on Big Brother, though they tend to have varying degrees of success on the reality competition. Regardless, many believed Shane would be a perfect houseguest and would even have a good chance of winning the game.

So did Tiffany and Shane make the cut? Find out by checking out the list of this year's cast below.

Could this be the real reason Manigault left the White House at the end of last year? Who knows? Regardless, this won't be Manigault's first time on a reality competition series. Most became familiar with Manigault when she appeared on the Apprentice, which is how she first met President Donald Trump.

The Sugar Ray singer isn't new to reality TV. In fact, he's been a part of the reality TV world for a while now. He's appeared on Celebrity Apprentice, Celebrity Wife Swap, American Idol, and he hosted two different Pussycat Dolls show.

Most will probably recognize Elizabeth from her role in American Pie, but she also appeared on Dancing with the Stars where she met and then briefly dated Derek Hough.

Metta World Peace previously played for the Lakers; now he coaches their development-league team, the South Bay Lakers. He's also best known for the "Malice at the Palace" brawl between fans and players in Detroit, while he was a member of the Indiana Pacers. Let's see if he can refrain from getting into any fights with his fellow houseguests.

The Real Housewives of Beverly Hills star will be moving into a new home for Celebrity Big Brother. She also has experience on being a reality competition show; she too was on Celebrity Apprentice.

If you watched Nickelodeon in the 2010s you may recognize Maslow from the Nick series, Big Time Rush. If you didn't watch the series, you may have seen him on Dancing with the Stars Season 18.

The child star also had an appearance on Celebrity Apprentice. Now she's trying her hand at a new reality series, but does she have what it takes to handle the craziness that often goes down in the Big Brother house?

In a funny twist of fate, the Broadway actress actually appeared on the same season of Dancing with the Stars as Elizabeth, but will that lead to an instant alliance or will they become instant foes?

Remember when Steve Harvey announced the wrong winner of the Miss Universe pageant? Well Gutierrez was the one who had to give up her crown.

Liddell is now a retired American mixed martial artist and former UFC Light Heavyweight Champion. No doubt that strength will help him with the physical competitions on Celebrity Big Brother.

You may know Matthews as a judge on RuPaul's Drag Race but in the Big Brother house he'll be the one getting judged by his fellow houseguests and the viewers watching from home.

Make sure to check out Celebrity Big Brother, which premieres on Wednesday, February 7 on CBS.