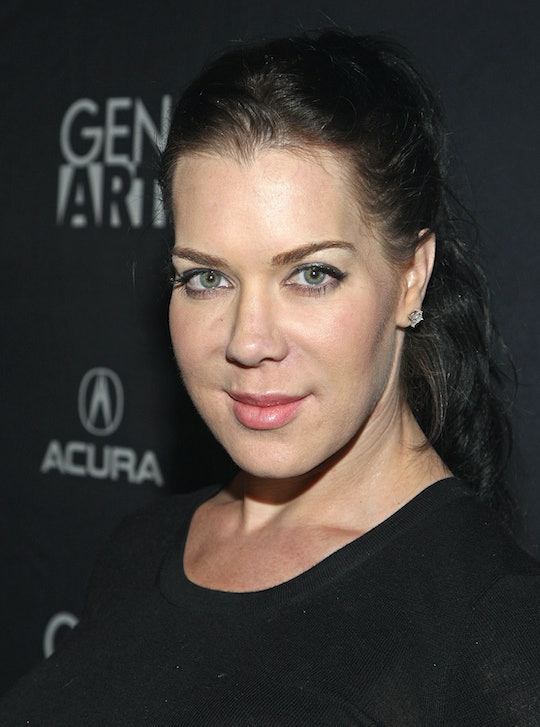 Celebrity Reactions To Chyna's Death Show She Touched So Many Lives

Former professional wrestler Joanie "Chyna" Laurer was found dead in her apartment on Wednesday, according to multiple reports. The news was confirmed on her Twitter account early Thursday morning. Chyna's career began with World Wrestling Entertainment (formerly known as the World Wrestling Federation), but she became a household name after appearing in Playboy and on reality shows such as The Surreal Life and Celebrity Rehab with Dr. Drew. Now, celebrities' reactions to Chyna's death show just how many lives she touched.

Colleagues such as former wrestler Hulk Hogan and WWE Chief Brand Officer Stephanie McMahon have expressed their sympathy. UFC fighter Ken Shamrock tweeted that Chyna would "always be a great part of [his] life," and MMA fighter Bubba Jenkins called her "one of [his] childhood heroes." Both Hogan and former wrestler Mick Foley specifically mentioned the kindness that Chyna showed their children.

But Chyna's reach went far beyond the wrestling and fighting worlds. A multitude of actors and other celebs have been honoring her on social media, proving that Chyna crossed many a path in Hollywood without making enemies. Indeed, it seems that nearly everyone who met the star had nothing but good things to say, despite her troubled past.

Chyna was just 45 years old. CNN reported that she was discovered by Redondo Beach, California, police after a friend found her unresponsive. There is no cause of death at this time, but police said that there were no signs of foul play.