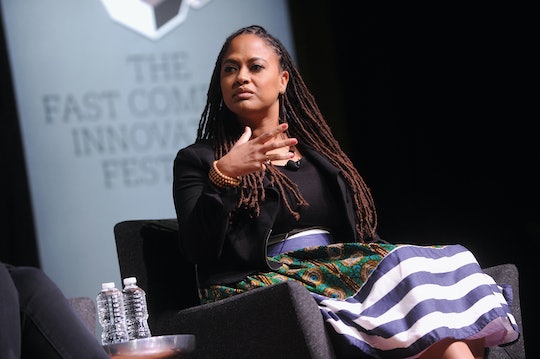 The New York Times reports that there will be no charges filed in the police shooting of Tamir Rice. 12-year-old Rice died in November 2014 when he was shot by a police officer near a Cleveland recreation center after playing with a toy gun. The reactions on Twitter came fast and, well, not so much furious as deeply saddened and angered. Celebrity twitter reactions to the Tamir Rice decision were no different.

Their dismay is understandable. This is only the latest case in which police officers who shot innocent civilians are not being tried for the civilian death. No officers were charged in the deaths of Eric Garner or Michael brown, both of whom died at the hands of police officers. Last week a Texas grand jury opted not to indict police officers in the death of Sandra Bland, the woman who died in jail of an apparent suicide after a physical confrontation with police, and the trial of Freddie Gray, the Baltimore man who died of a spinal injury incurred while in police custody, was declared a mistrial almost two weeks ago.

Cuyahoga County Prosecutor Tim McGinty held a press conference Monday to announce the grand jury's decision in the Tamir Rice case. McGinty said that Rice's death was an "absolute tragedy" but not a crime on the part of officers Timothy Loehmann, who shot Rice, and his partner, Frank Garmback. While the family may decide to pursue further legal action in civil court, McGinty said that charges from his office would not be sustainable. He did indicate that he understood public sentiment calling for justice, saying, "We too want justice for Tamir."

People on Twitter were less than confident that justice had been served, and that included celebrities including Selma director Ava DuVernay, comedian Margaret Cho, and others captured the anger and accumulated despair that many feel but they, in particular, are in a position to make heard:

More Like This
How To Stop Breastfeeding A 2-Year-Old
Jenny Han Wanted Both Moms & Teens To Feel Seen In 'The Summer I Turned Pretty'
Is It Safe To Keep Using Period & Fertility Apps In A Post-Roe America?
Some Movie Theaters Are Banning Teens Dressed In Suits As Part Of Viral 'Minions' Trend