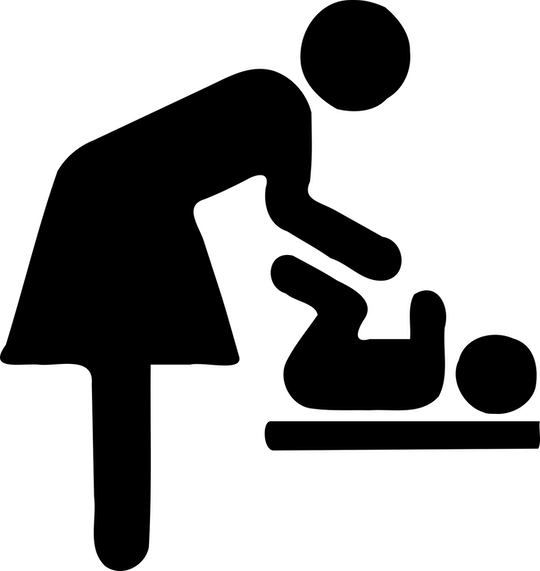 It may not be the most pleasant of the necessary tasks of parenthood, but changing a baby's diaper is technically a crime in Arizona. As insane as it is, you actually read that right: Last week, the state's Supreme Court ruled that any adult who touches a child's private parts for any reason is breaking the law against child molestation — and could be imprisoned for as many as five years, Slate reported. Unlike in other states, the touching need not come with any sexual intent, so that includes caregivers bathing children, and even, it could be argued, doctors examining and treating them.

For parents of babies and young children, of course, it's nearly impossible not to run afoul of this new statute without blatantly neglecting kids by refusing to meet their most basic needs. Does the court expect parents to allow their newborns, for example, to languish in the same dirty diaper indefinitely, or for young kids who can barely walk to wash themselves unassisted?

"No sane, reasonable prosecutor is going to bring a case against parents or a guardian for changing their baby's diaper of helping the change their swimsuit," legal analyst Monica Lindstrom told FOX News affiliate KSAZ.

But that's certainly not true, now that the court voted to interpret the law this way. As Fordham University Law Professor Joseph Pfaff pointed out on Twitter, prosecutors could potentially weaponized this statute, using it to coerce accused drug offenders, for example, to take a plea deal to avoid getting slammed with child molestation charges. And even though the majority in this 3-2 decision claimed that parents and caregivers can fight their charges by arguing that the state is limiting their right to "care for their children," Slate's Mark Joseph Stern wrote, or by proving that the touching was not sexual in nature, these innocent adults will still be marked with having been connected to a child sex crime, have to pay legal fees, and even spend time incarcerated waiting for their cases to be adjudicated.

This ridiculous decision came in response to the appeal of an Arizona man who had been convicted of molesting his stepdaughter. His conviction was upheld and the justices took the situation several steps further, determining that the state law forbidding "intentionally or knowingly… touching… any part of the genitals, anus or female breast" of a minor under 15 years old encompasses a swath of totally innocent and essential behavior.

This new legal situation in Arizona presents an absolute nightmare for parents and caregivers, who now have to worry about facing legal action if they change a baby in public. It's scary to think that parenting at the most basic level has been criminalized, and that it can be used against people facing charges for other crimes that are much less serious and less stigmatized than (actual) child molestation. Arizona needs to get its head on straight so that adults can give kids the care they need without fear of prison time. Additionally, manipulating a vague law to tack on another offense to a potential criminal's record seems to be the definition of unconstitutional, as the dissenters in Arizona stated.