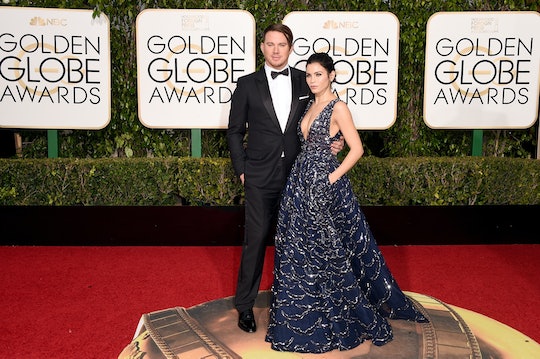 Two things that usually don’t go together, at least in this century: hunky men and combovers. For that reason, Channing Tatum’s combover at the Golden Globes immediately caused confusion and disappointment among his fans. Sure, the presenter for the night still looked pretty darn sexy — but can someone please send a note to him to ditch the look next time?

One thing that helped compensate for Tatum’s hair was the stream of hilarious memes and tweets about it that quickly popped up online. It was perfect fodder for it, too: One part the villain, one part teenage emo kid, one part brunette Donald Trump... It doesn’t get much better (or worse) than that! Isn’t it good to know you can always count on the people of the Internet, even if you can’t depend on stars’ stylists?

Fortunately or unfortunately, depending on your stance, Tatum’s probably going to be sporting the long locks for a while, since he's had to grow out his mane for his upcoming role as Marvel comic superhero Gambit. (Tatum will be starring in the X-Men spinoff as a mutant who can use kinetic energy for good. The movie is in production now and due out later this year, which means Tatum’s going to have to suffer for the cause for a few more months.... Sorry.)

Although there's actually good reason for the look, people on Twitter are enjoying alternative explanations — like how the father-of-one suddenly reverted to a teenage emo kid.

This may be one of the first times that people don't actually envy Jenna Dewan-Tatum. Yikes.