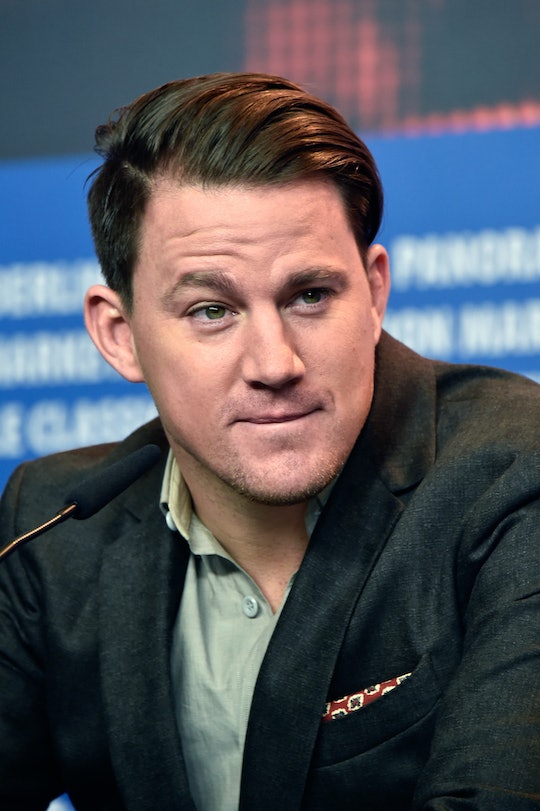 Channing Tatum Will Play A Merman In The ‘Splash’ Remake, & The Internet Cannot Handle It

Quick, someone get my DSLR with the telephoto lens: Channing Tatum is heading to the beach! While this might sound like just another uninspired paparazzi blip on the celebrity radar, this is so much splashier than that. Channing Tatum will play a merman in the Splash remake. There are so many things to unpack with this announcement. First — Oh hey! Splash, the 32-year-old Disney film, is getting a remake. And second: Tatum as merman means obligatory Channing Tatum shirtless footage, because mermaid tail. Dear Disney: Please do not give Tatum's pecs the Little Mermaid purple shell bikini top treatment, mkay? I — and so many others — would be oh so grateful.

No, but seriously, this is pretty interesting news. First Ghostbusters, now Splash? Perhaps gender swapping remakes are the latest way that Hollywood has found to reinvent itself. Forget the sequels, the prequels, and all those gritty remakes: The new cinema hotness is taking an old story, telling it exactly the same way, but with swapping the guy roles for lady roles and vice-versa. *Collective internet gasp*

Whoa ho ho — slow down there, cowperson. While it might seem like Hollywood has run out of ideas, folks seem pretty pumped that Magic Mike is trading in the banana hammock for a fish tail. But some aren't so thrilled. Either way, the internet is blowing up about the prospect of Channing Tatum playing a mermaid.

But a mermaid-tailed Tatum just wasn't doing it for others:

Really? The worst day of your life Courtney? #Priorities. But she's not alone:

As the internet continues to process the news of a Tatum-as-merman (Tatum-maid? Mer-Tatum?) remake of Splash, it's time to play the waiting game to see if a double standard of opinions regarding the gender swap rears its ugly head on the internet. Will Splash receive the same almighty wrath of the internet that the all-female cast of Ghostbusters received in the months leading up to its premiere?

Whether Tatum playing Darryl Hannah's mermaid and co-star Jillian Bell in the role originally played by Tom Hanks will get the Ghostbusters reaction treatment remains to be seen. I think it's safe to say that Channing Tatum playing a mermaid wasn't the news anyone was really expected to hear — ever, really. Either you love the idea, loathe the idea, or are just generally going "huh?" over the idea, I can guarantee we'll be seeing a ton of Channing Tatum meets Zoolander meets The Little Mermaid mashups until the film arrives — and truly, these are the best reactions to come out of the news.

No details have yet been released about when the Splash remake will open in theaters.