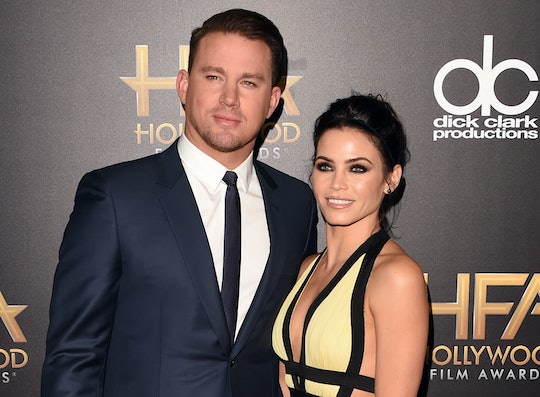 Channing Tatum's Daughter Didn't Like This One Film Of His

The hit 1998 song by DJ Jazzy Jeff and the Fresh Prince, "Parents Just Don't Understand" sums up some thoughts perfectly — parents just don't get it. But, on the other hand, kids just don't understand either. Most of the time, kids just don't get certain music or movies that their parents can't seem to get enough of, but they'll learn eventually...hopefully. The same could be said for Channing Tatum's daughter who had the most hilarious reaction to his film, Step Up, which is undoubtably, an early 2000's classic. One day she will understand. One day.

There are a lot of nerves associated with showing someone a film that holds a lot of meaning to you for the first time — you never know how they will react or if they will cherish it just as much as you do. Tatum knows this all too well. During an appearance on Jimmy Kimmel Live! on Monday, Tatum told host Jimmy Kimmel about a recent experience he had with showing his 4-year-old daughter, Everly, one of his first (and maybe most iconic) movies, Step Up. Tatum told Kimmel, according to the clip, posted to Jimmy Kimmel Live! 's YouTube account:

We actually showed her Step Up. We were like, "This is going to be really cool, it's got dancing, she is going to love it."

If you recall, Step Up is a dance film from 2004, and the film where Tatum met and fell in love with his wife, co-star Jenna Dewan-Tatum, on set. But Everly had an adverse reaction to watching the film that started the Dewan-Tatum family. Tatum continued, telling Kimmel in the clip:

This story is not only hilarious, but Tatum is so right. The original Step Up film launched four other Step Up movie spinoffs (people really can't get enough of dance movies) and without the film, Everly might not have ever been born. But watching Step Up isn't exactly the most enjoyable experience for Everly's parents, either. "We both cringe because...we're just so baby new — our acting, we're like 'What are we doing there?'" Dewan-Tatum told HuffPost in May.

As for watching the more risqué Magic Mike films that Tatum stars in, Dewan-Tatum told HuffPost that she'll show Everly them when she's older before one of her friends at school can do it first (even though she has seen Magic Mike Live! rehearsals).

One day, Everly will learn the importance of Step Up in her life. Until then, she can continue watching Moana, (which is a pretty great film so I don't blame her).