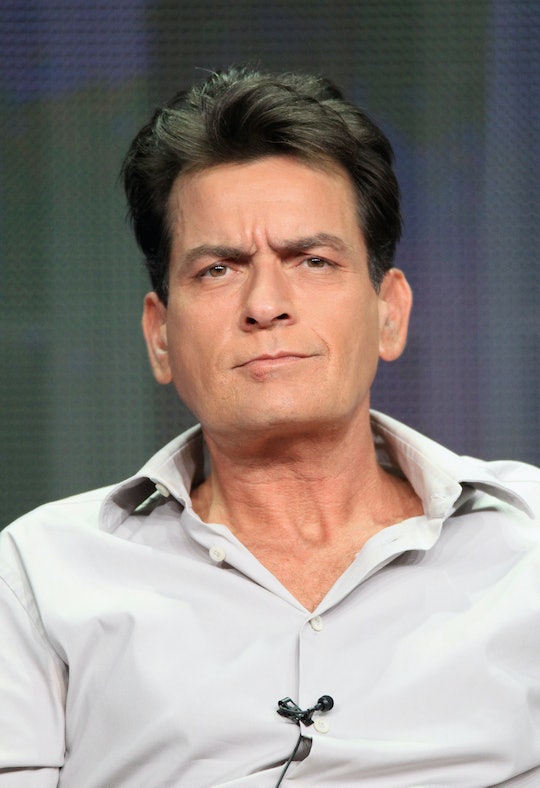 Reports from TMZ and People claim Charlie Sheen will reveal his HIV diagnosis on Today on Tuesday. Though Sheen or his representatives have yet to confirm the news (Sheen's publicist responded to Romper's request for comment by saying they're no longer working together after a "disagreement"), Today has been publicizing his sit-down, teasing a big reveal of some sort. "Charlie Sheen to make personal announcement in TODAY exclusive interview," the report on Today.com reads.

But that's all it reads. Indeed, though we know it's exclusive and though we know it's personal, the morning show is trying to keep the content of the interview under wraps. Unfortunately, though, the topic, should TMZ and People's sources be correct, is no secret to those who have been paying attention to the tabloids (and a distasteful viral blind item) in the past few days. (People also claims, via publicist Howard Bragman — who, it should be noted, does not work for Sheen — "is getting treatment, and a lot of people in his life know about it.")

But tabloids are just that — tabloids. So, up until now, we've had no reason to see the reports as anything but that — reports. But should TMZ and People's sources be correct, Sheen is ready to set the record straight, and tell his version of whatever story there might be.

Sheen, who has dealt with substance abuse problems in the past, has been a quiet presence in Hollywood since his famed post-Two And A Half Men meltdown in 2011. Since then, he's starred in FX's Anger Management and Scary Movie 5.