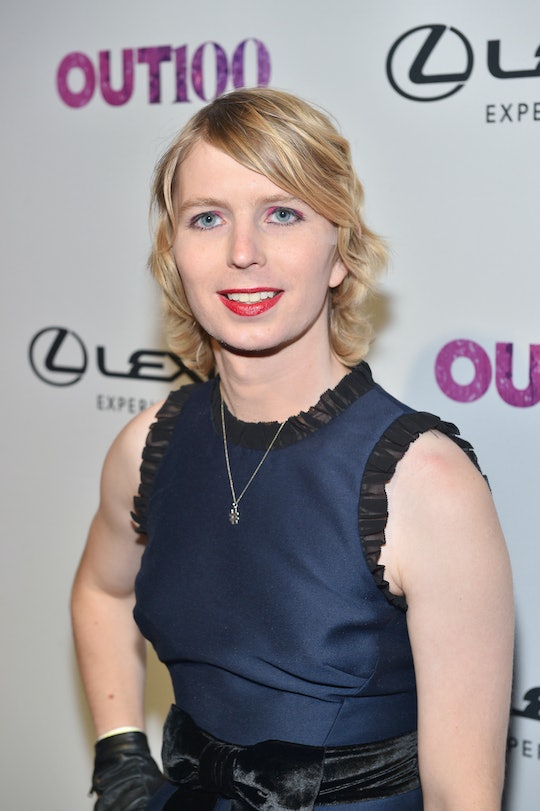 Chelsea Manning Is Running For U.S. Senate In Maryland & Twitter Has Mixed Reactions

The name Chelsea Manning made headlines this time last year when President Barack Obama commuted all but four months of her remaining 35-years-to-life prison sentence. Manning — who formerly went by the name Bradley, and came out as transgender after being sentenced — is an ex-Army intelligence analyst who leaked classified information back in 2010. She ended up spending more than six years behind bars before Obama granted her clemency in January, 2017. Now 30, Manning is making headlines yet again — but for an entirely different reason. That's because Chelsea Manning is running for U.S. Senate in Maryland, and Twitter isn't sure what to think.

But first, let's take a look at the hopeful U.S. senator's controversial history. It's worth noting that Manning was incarcerated at a men's military prison, even though she is a transgender woman. In September 2016, she went on a hunger strike to fight for medical treatment for her gender dysmorphia, reported NPR — and she won. Previously, she had attempted suicide twice while in prison, according to The Guardian. Manning was officially released from military prison on May 17, 2017, after she was charged for leaking thousands of military and State Department documents to WikiLeaks — in what has been considered the largest leak of classified data in U.S. history, NPR reported. "I am looking forward to so much," Manning said at the time, in a statement released by the American Civil Liberties Union. "Whatever is ahead of me is far more important than the past. I'm figuring things out right now — which is exciting, awkward, fun, and all new for me."

On Saturday, CNN reported that Manning has filed to run as a Democratic candidate for Senate in Maryland. According to Federal Election Commission records, Manning's filing was received on Jan. 11. This means she will be one of four Democratic candidates who have filed to run for Senate in Maryland; incumbent Democratic Sen. Ben Cardin hasn't announced whether he will seek a third term. The Guardian reported that Cardin has served since 2007, and has "emerged as a key party voice on investigations into Russian meddling in the 2016 presidential election." According to the publication, Cardin faced a primary challenge in 2012 from eight other candidates and won 74 percent of the vote.

So far, the Twitter reaction seems pretty mixed. Plenty of people seem to be incredibly supportive of this turn of events. "I want a Chelsea Manning for Senate bump sticker ASAP," one person tweeted. Another Twitter user chimed in with, "Ben Cardin's chances of surviving the Democratic primary against Chelsea Manning in MD-SEN 2018 look pretty grim." Yet another person tweeted, "Chelsea Manning is running for Senate. It's worth remembering what her leaks actually exposed, because it was a long time ago, and a lot of people have sort of moved on. But she showed unbelievable courage to do what was right."

Still, many Twitter users have strong opinions against Manning's U.S. Senate run. Radio host and former congressman Joe Walsh took to Twitter with blatantly transphobic comments. "Chelsea Manning belongs in prison, not the U.S. Senate. He's a disgrace to our country and to the men and (real) women who have fought and died for it," he wrote, repeatedly mis-gendering Manning. Another Twitter user wrote, "Chelsea Manning running for office is a gift to the Republican Party. Now, Democrats are forced to either back a criminal or disavow a cop-hater, which will anger its police-hating base."

Admittedly, I'm intrigued by Manning's latest move. I'm all for more progressive women (and transgender candidates) running for office, but I'm not quite sure how I feel about this yet. I don't live in Maryland, so obviously my views on Chelsea Manning don't count for much when it comes to her running from U.S. Senate. However, if I did live in Maryland, it would come down to a comparison on policy, as well as a consideration of the candidate's history. I can only hope voters in Maryland take a comprehensive approach at the polls, as well.