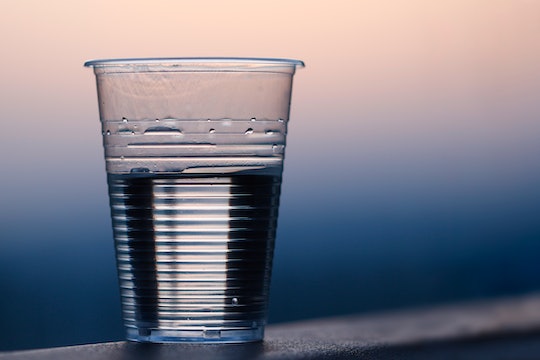 Completely unaware of its prevalence, Americans are reportedly drinking water contaminated with unsafe chemicals in startlingly high numbers. The Environmental Working Group, an independent environmental advocacy group, published summaries of tests conducted by the Environmental Protection Agency recently and found that hundreds of millions of Americans consume tap water that contains a dangerous carcinogen. The chemical that famed activist Erin Brockovich found, chromium-6, was discovered in U.S. cities' tap water. Spread across all 50 states, chromium-6 is believed to have already affected 200 million Americans.

The 2000 film Erin Brockovich, for which lead Julia Roberts won an Academy Award for best actress, tells the true story of the legal clerk's fight for Hinkley, California citizens whose drinking water had been contaminated by a large corporation's wrongdoing. The real-life case was settled in 1993 and culminated in Pacific Gas and Electric paying out $333 million to those affected. The poisonous chemical in question, chromium-6, cause dangerous, adverse health affects. Also called hexavalent chromium, the heavy metal has been known to cause cancer.

Brockovich wrote to The Guardian on Tuesday, noting how allegedly negligent the United States has been in protecting the water supply. "The water system in this country is overwhelmed," she wrote "and we aren’t putting enough resources towards this essential resource." Ultimately, Brockovich concluded: "We simply can’t continue to survive with toxic drinking water." In a statement on Twitter, Brockovich echoed some of the same ideas, namely that the United States, despite all its resources, has failed to protect both a vital resource as well as its citizens.

Using the standard of less than 0.2 parts per billion, a goal that "[poses] no more than a one-in-a-million risk of cancer for people who drink it daily for 70 years," the EWG study examined EPA tests from 1,370 U.S. counties. Based on the findings, the EWG estimates that 12,000 instances of cancer will occur by the end of the century if current chromium-6 levels are not addressed. The city of Phoenix had the highest chromium-6 level at 7.853 parts per billion against the 0.2 standard. St. Louis, Houston, and Los Angeles follow, along with many other cities in all regions of the country.

Currently, California's legal limit is 10 chromium-6 parts per billion—exponentially higher than what has been deemed safe by the EWG researchers. In a statement released today, an EPA representative told ABC:

The agency has taken many actions to improve information on chromium and its potential health risks in drinking water. EPA and states are responsible for ensuring that public water systems are in compliance with the current standard for total chromium.

After evaluating the values and risk of chromium-6 contamination, next is determining and then addressing the causes of such levels. According to Clean Water Action, a nationwide water-activist group, Chromium-6 "enters drinking water sources through discharges of dye and paint pigments, wood preservatives, chrome plating wastes, and leaching from hazardous waste sites." Until those things are looked into, however, Americans should perhaps watch their own community news as closely as possible — and speak out no matter what.