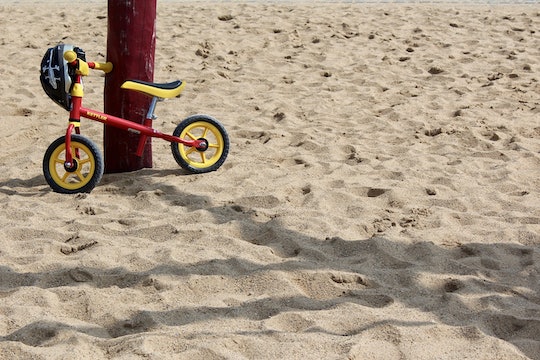 Law enforcement in the Cleveland, Ohio, area has launched a manhunt for a suspected serial child abductor. The man, suspected of being tied to an abduction of a 6-year-old girl and the attempted kidnapping of another 10-year-old girl in the area, understandably will have area parents on edge until he's caught. But there is a bit of good news for anxious parents everywhere. Child abduction statistics show it's an extremely rare crime.

The serial abductor they're looking for in Cleveland appears to be the rarest sort. According to NBC News, he doesn't know his victims, but instead stalks their houses and then snatches them right out of their home in the early hours of the morning. It's a terrifying prospect, to be sure.

"It's really important for parents to know who their kids are talking to, know what information is being posted," FBI spokeswoman Vicki Andersen told Clevland.com, according to NBC. "We lock our doors at night but we sure do put a lot of information on the computer."

So before you start to panic the next time your kids are unaccounted for, here are a few facts about child kidnappings you should know:

Most Kids Aren't Missing At All

Nine out of 10 kids who are reported missing are lost, somewhere they're not expected to be, or have run away from home, according to the Polly Klaas Foundation.

Custody Disputes Are Often The Cause

Almost 10 percent of kids who are reported abducted have been taken by another family member as the result of a custody dispute, according to the Polly Klass Foundation.

Being Abducted By A Stranger Is Extremely Rare

The Polly Klaas Foundation found that only about 100 children a year are taken by a stranger. That's little comfort for the parents of those children, but it might be reassuring to know that predators, like the one in Cleveland who seems to be targeting random kids, are incredibly rare.

According to a 2002 Department of Justice report, just under 800,000 kids were reported missing, about 200,000 were kidnapped by family members, and about 60,000 were abducted by people who weren't relatives, CNN reported. Only 115 were taken by a complete stranger, according to CNN.

The Majority Of Kids Come Home

Most reassuring to any parent who is worried their children will be kidnapped is that, according to the Polly Klaas Foundation, 99.8 percent of missing kids wind up back home.

For now, the FBI is circulating surveillance footage of the suspected kidnapper and offering a $20,00 reward for any information that leads to his arrest, according to NBC News. But with basic precautions to protect your kids and increased attention from law enforcement, Cleveland parents should feel their kids are pretty safe.