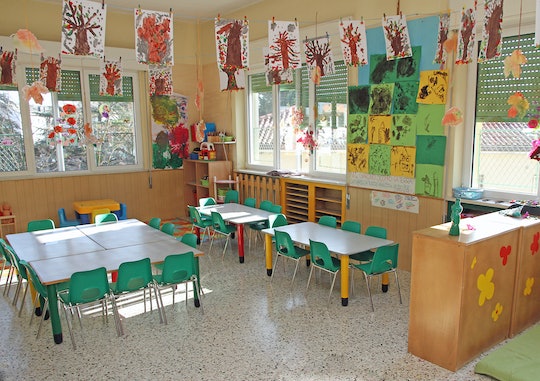 If you work in education or child care, this news will not be much of a surprise, though hopefully it brings the issue to greater national attention: A report released by the Economic Policy Institute (EPI) last week has revealed that child care workers make less than dog trainers and even janitors. In fact, they make less than just about everybody.

Child care workers — which include nannies, daycare center employees, and preschool employees — make almost 40 percent less than all other workers, which means that the people who take care of children most likely cannot afford child care themselves. The author of the report, Eli Gould, writes that “Despite the crucial nature of their work, child care workers’ job quality does not seem to be valued in today’s economy.”

One reason cited for the huge income gap is the gender breakdown of the industry itself. Ninety-five percent of child care workers are women, and historically women-dominated industries pay less in general. And even if men are in the field, if the job is seen as "women's work" (as is the case with child care), employers set wages lower.

Sociologist Paula England, who has written extensively about the gender wage gap, summed up the depressing-but-true statistics during a 2010 speech on wage equality at the Frances Perkins Fellow of the Academy at the Newseum in Washington, DC. "It is as if there were a cognitive bias toward thinking that if jobs are done by women, they cannot be worth much. Institutional inertia cements this bias into wage structures." Of course, this isn't a reflection of the skill-level needed for the job, it’s just that the people who gravitate toward the job have somehow been labeled as “less valuable” because of their career. In fact, that same person working in child care moves to a more male-dominated job, their wages will increase.

And now for the terribly ironic part: Despite the low compensation of child care work, child care itself is still extremely expensive. In most states (and this is frightening), child care is more expensive than college, according to another recent analysis by the EPI. Though multiple studies have shown how important it is to a child’s development, the government has yet to make the resource more accessible and affordable for Americans (much like paid parental leave).

The rising cost of child care is one reason there has also been a rise in stay-at-home moms, according to a 2014 study by the Pew Research Center. Even with two incomes flowing in, many families are finding it is more cost effective for one parent to stay home rather than having to pay for child care. And with the EPI estimating that almost 40 percent of child care workers live at twice the poverty level, the outlook for the field is bleak. Especially considering the fact that their low salary is typically coupled with a lack of benefits — a reality that leads many child care workers to struggle just to support themselves, let alone a family. As a result, the EPI reports that child care workers are increasingly fleeing the field for higher-paying jobs (which, who could blame them?). Yet at the same time, the demand for more child care workers and high-quality child care options continues to grow.

One thing's for sure: Without some kind of change — and soon — it seems that the current system will break under the tension.