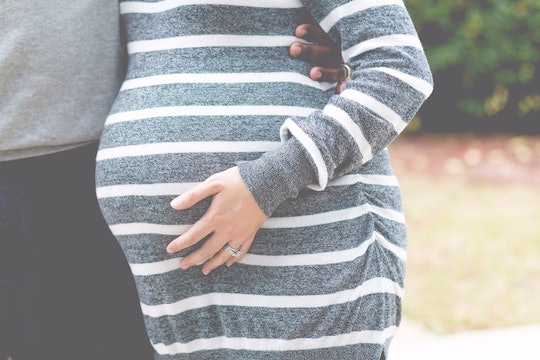 Children Of Older Mothers Have An Advantage

Mothers face plenty of scrutiny — and shoulder plenty of worries — when they choose to have children later in life. A new study published in the International Journal of Epidemiology, however, has found that the children of older mothers might have stronger cognitive abilities than younger women's kids. It's welcome news for the women out there who have delayed parenting until their later years — and in fact, spending those extra years earning money and gaining an education could be the reason behind their children's increased cognitive function.

The study, which was carried out in the United Kingdom, found that things haven't always been this way. As it turns out, things are changing for the better for the children of older women (who were defined in this study as women between the ages of 35 and 39). Children who'd been born to older women in the 1950s and 1970s usually performed worse on cognitive tests at age 10 and 11 than younger women's kids did at that point. However, children born to older women in the 2000s later outperformed younger women's offspring on cognitive tests.

The researchers believe there's a solid reason why that's changed:

In the past, families in which children were born to older mothers tended to have larger numbers of children and were poorer than the average. ... Today these families tend to have smaller numbers of children and are socioeconomically more advantaged than the average, often because parents invest in education and become established in professional occupation before having children.

The thing is, women are delaying pregnancy, according to Slate, with the average age of women's first births going from 24.9 in 2000 to 26.3 in 2014. In 2012, according to CBS, there were over nine times as many women giving birth after age 35 than there were in the 1970s. And that delay is good for women in multiple ways, especially financially. While men tend to earn more after becoming fathers, women's wages generally drop by 4 percent for each child they have. According to The Financial Post, women who are childless at 40 usually out-earn their child-laden counterparts by 12 percent.

Delaying parenthood is often correlated with higher levels of education for mothers, as well, meaning older first-time mothers nowadays are both more educated and earn a higher average salary than younger moms. Both of those benefits could equal more resources for a child, which often means more nutritious food, better education, more medical care, and more free time for parent-child bonding. All of that would explain why older mothers' kids have shown an uptick in cognitive function.

"Cognitive ability is important in and of itself but also because it is a strong predictor of how children fare in later life — in terms of their educational attainment, their occupation, and their health," Dr. Alice Goisis, the paper's lead author, told Psych Central.

So while women may often face criticism (and, at times, challenges) if they decide to delay parenthood, new research is challenging some of those preconceptions — and finding benefits to having children at a later age.