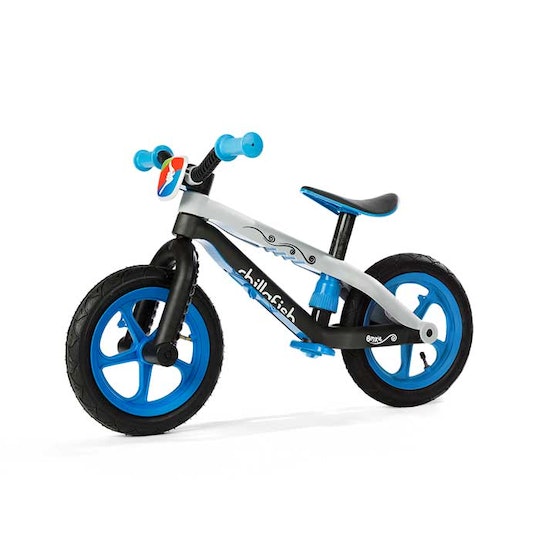 Three importers in the U.S. recalled thousands of Chillafish children's bikes Thursday night, according to ConsumerAffairs. The U.S. Consumer Product Safety Commission said overinflated tires on the bike can cause the wheel rims to crack, which can then "send pieces of the plastic rim flying, posing a laceration hazard to consumers," according to the CPSC. Mindware Corporation of Omaha, Nebraska, Northwest Synergy of Redmond, Washington, and Wal-Mart Stores of Bentonville, Arkansas, have recalled about 29,268 Chillafish children's bikes in the U.S. and Canada, according to ConsumerAffairs.

Chillafish has received 19 reports of plastic separating from the rims — two of those reports include cases where consumers reported that they were cut by flying plastic as pieces of the rim were "expelled," according to the CPSC.

The bikes included in the recall were all Chillafish BMXie, Chillafish Jack, and Chillafish Josie balance bikes, according to the CPSC. The bikes were designed for ages 2 to five. The item reference numbers that consumers should look for include "CPMX01BLU, CPMX01LIM, CPMX01PIN, CPMX01RED, or CPMX01YEL," according to ConsumerAffairs, and the number will be on a label on the bottom of the bike frame.

The CPSC said that consumers should stop allowing children to use the bikes until the tires are deflated to a pressure "at or below 32 psi." Consumers can contact Chillafish for a free repair.