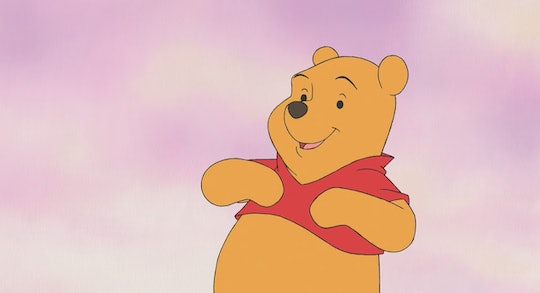 China Is Banning Winnie The Pooh

He may be the world's favorite honey-loving bear, but it turns out that China is banning Winnie The Pooh. The discovery was made by users over the weekend, when users of Chinese social media platform Sina Weibo found that posts that included the beloved fictional bear's Chinese name were censored, according to The Financial Times, and that a collection of Winnie the Pooh-themed gifs had also been removed from social messaging app WeChat. The reason? While the government hasn't provided an explanation, it's thought that recent posts that had compared Winnie the Pooh to Chinese President Xi Jinping led to the decision.

The joke first appeared to pop up on Chinese social media back in 2013, when a photo of Xi meeting with President Barack Obama led to a meme comparing the two men to Winnie the Pooh and Tigger. According to the Financial Times, the joke continued a year later, when a similar image compared Xi's meeting with Japanese Prime Minister Shinzo Abe to an image of Pooh and a very sad-faced Eeyore. But the viral nature of both images meant that they were both quickly shut down by internet censors, according to BBC News, thanks to the Communist Party's strict rules governing social media use.

Social media censorship is certainly nothing new in China, but it appears to be a tense time for Xi, as the Communist Party Congress — the event where the party meets to announce leadership changes and appointments — is set to convene in the fall, according to USA Today. In the lead up to the event, the government appears to be cracking down on any messages criticizing the president or the party, and according to The New York Times, the recent death of human rights activist and Chinese dissident Liu Xiaobo last week only compounded the effort: on WeChat, messages referencing his death or even just his name or photo were blocked.

The comparisons being made between Xi and Winnie the Pooh are pretty funny, and the fact that the government has blocked citizens from talking about it only makes it seem more ridiculous. But the move is also clearly shows the reality and impact of censoring political commentary in the country — although it might seem silly, an image of Xi standing up through the roof of a parade car that compared the leader to Winnie the Pooh in a toy car, was actually named the "most censored image of 2015," according to USA Today.

But while the ban may have accomplished the government's ongoing goal of controlling the social media narrative within the country, it's certainly a different story everywhere else. Although Winnie the Pooh may no longer be mentioned on Sina Weibo, he's definitely become a hot topic on Twitter, with countless users giving the comparison to the Chinese president a second life on social media accounts throughout the world. And there's little anyone can do to stop it.