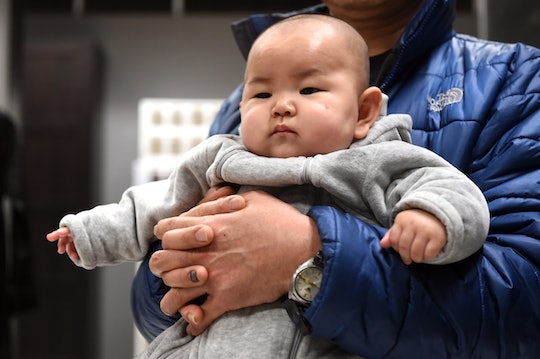 After nearly forty years, China has officially ended its one-child policy. In a change first announced by the ruling Communist Party in October of this year, Chinese state media in Beijing announced that the end of its controversial one-child policy had been signed into law on Sunday. The new change will take effect on Jan. 1, allowing married couples to have a second child if they desire. However, some limitations and regulations will remain in place for additional births.

The one-child family planning policy was introduced in the late 70s as a means of controlling China's booming population. When first introduced, exemptions were made ethnic minorities and other groups; the policy was enforced by the imposing of fines administered at the provincial level. In 2007, the one-child policy was relaxed for families whose first child was a girl, and they were allowed to have a second child. While the policy has experienced widespread support within China — a 2008 Pew Research Center study revealed that 76 percent of Chinese supported the policy — it has been met with harsh criticism outside of China, as the policy created a backlash of intended effects, including a dramatic sex rate disparity over the years as Chinese families preferred sons to daughters.

This preference for sons to daughters had resulted in sex selective abortions and even infanticide over the years. Many of those girls accounted for a rise in international adoptions, particularly in the United States; the trend for the international adoption of Chinese girls has declined dramatically in the last decade.

Additionally, the sex ratio disparity leaves China with somewhere between 32 and 36 million more males than would have been born without the one-child policy with the potential to further hamper population growth and birth rates in the future. While the move to abolish the one-child policy is being hailed by human rights activists, some economists fear that it may not be enough to combat the rising tide of an aging population with too few children left to care for them.