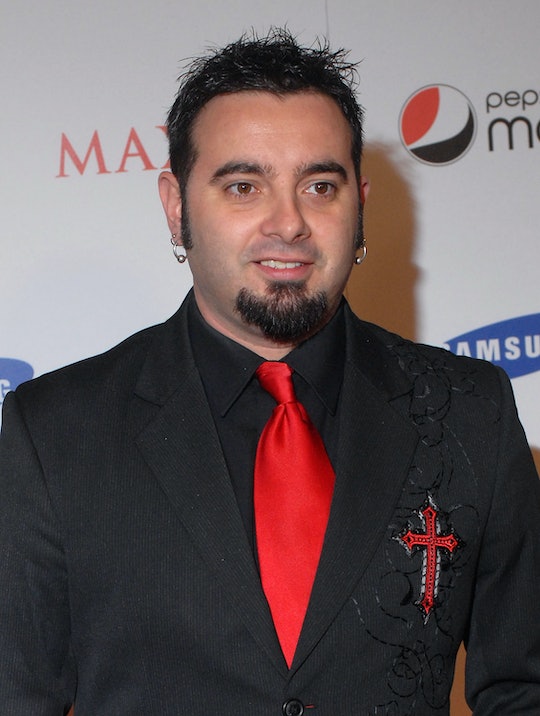 Looks like 'NSync may have found a future member! On Thursday, Chris and Karly Kirkpatrick revealed their baby's gender in a pretty creative way involving paint, balloons, and — what else — a crossbow. Chris shared the news in a Twitter photo, captioned: "@IamCKirkpatrick + @MagicKar + crossbow = gender reveal #babyboyboyboy!" Will Chris' son follow in his dad's boyband footsteps? Only time will tell!

For the reveal, a painted poster posed the question: "Boy or girl?" Three black, paint-filled balloons were also positioned below it. It was then up to Chris (appropriately clad in camo shorts, of course) and Karly to shoot the balloons. Lo and behold: Blue paint! In the photo, Karly holds her baby bump, smiling next to Chris and his crossbow.

The Kirkpatricks have been ready to start their family for awhile now. “Karly wants to have kids really quickly, so we’re going to do that. That’s our plan,” Chris told People back in 2013, the year that they tied the knot. “We’re definitely ready to have children – we both want them," he insisted. In sharing their pregnancy news in March of this year, 45-year-old Chris and 33-year-old Karly were, in Chris' words, "over the moon excited" about their future as parents. This has been a long time coming for both of them; “We are both looking forward to becoming parents, and learning how much fun having a child will be,” Chris affirmed.

A photo of the super creative gender-reveal is below:

Pretty adorable, huh? The two are big fans of fun social media announcements about their growing fam. When they let the world in on the secret that they were having a baby, the Kirkpatricks posed in front of a Boss Baby poster, going a step further to photoshop "Baby Kirkpatrick" right above it. No matter the news, they do whatever they can to make it personal!

So what does 'NSync have to say about all of this? For one, the band retweeted Chris' gender reveal tweet, summarizing: "It’s going to be a boy for the Kirkpatrick’s !!" The guys also tweeted their excitement about the initial pregnancy news, sweetly exclaiming: "We are gonna be uncles again!!" Bandmate Justin Timberlake has a 2-year-old son and Joey Fatone has two daughters, ages 7 and 16, so the newest 'NSync spawn is joining a happy circle.

Congratulations to the Kirkpatricks! Odds are that there will be plenty of more cute and creative tweets in the future. Who knows — their next might even feature their little one!