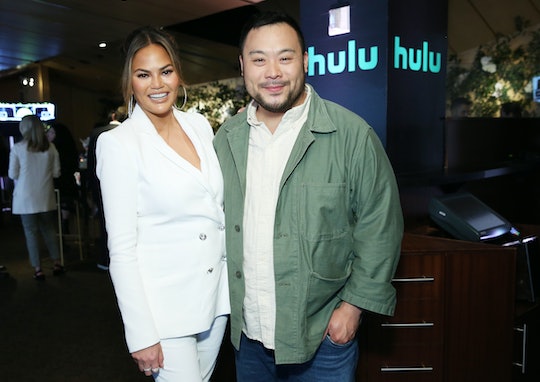 From the one recipe of hers I made (confession: I made my husband make it, but wowza, that stir fry was good), I knew this social-media star and favorite funny mom had the right stuff to go even further with her food career. Well, now Chrissy Teigen is finally getting a cooking show on Hulu and there is justice in the world.

As PopSugar reported, Teigen has joined forces with restaurateur and food-world personality David Chang to launch a new show on the expanding streaming service, Family Style, which sounds to be about cooking within a clan, or sharing or passing along traditional recipes in a fun, foodie atmosphere.

Whatever the show is actually about, who cares? I'm already in. Teigen is that rare media personality who doesn't take herself too seriously, so you know in advance the show (and Teigen herself) will be fun to watch.

She's also got the chops, with two best-selling cookbooks, Cravings and Cravings: Hungry For More and Teigen was named to Time’s 100 most influential people list, as Variety noted. The outlet added that Teigen, who started a Target line of cookware and kitchen products, has a natural partner in Chang, the ambitious owner of the Momofuku restaurant empire.

While I've been following Teigen and know she's been building up her empire (she has an entire production company, and other shows on the slate to develop for Hulu, Variety added), Eater noted Chang has set his sights on even more of a media presence, having moved from New York to Los Angeles while also managing his restaurants, a podcast and, naturally, a production company. Wow.

According to Grub Street, Hulu's other new food-focused programing (that the company is developing in partnership with Teigen and Chang's companies, as well as others) could be less direct making-dinner-with-a-star and more global-culture stuff, featuring "a diverse cast of compelling and knowledgeable personalities." Hmm, I'm super-intrigued.

One of the other shows implicated in the deal with Teigen and Chang, as well as Vox Media Studios, is Eater's Guide to the World, which may have been what the pair were doing in Morocco when Teigen posted on Instagram about a "top secret project" earlier this year, as People reported.

Both shows sound good to me, and I'm really interested to see how these two interact in front of the camera. Teigen sure has a lot on her plate now, between family life at home with John Legend, kids Luna and Miles, and her ever-growing career.

As if all that weren't enough, Teigen announced on Twitter a couple months ago that she was taking suggestions for new recipes, because she was launching her own recipe site, as Bustle reported. As usual, Teigen's fans went slightly wild, since this allowed them input into what this creative force will teach us how to cook next.

As for me, I have no preference. Throw me some easy, delish recipes, Chrissy, on your site, but especially on your new show, and I'll try 'em all. Can't wait.