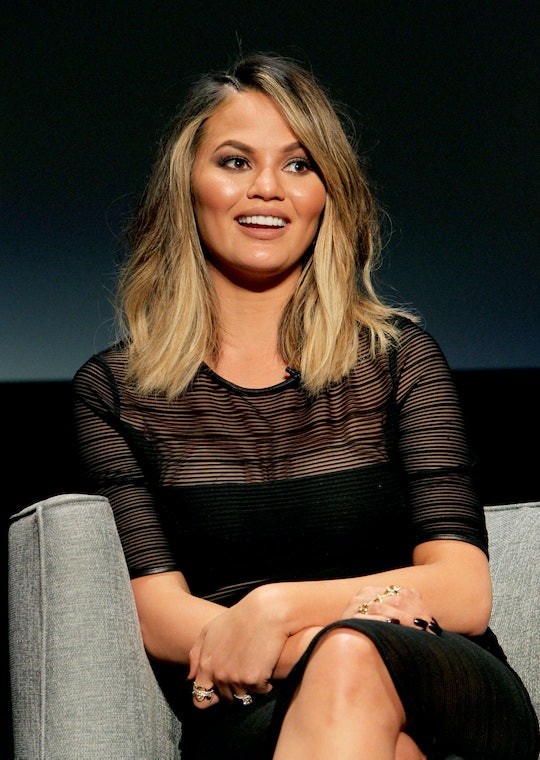 Chrissy Teigen may be a supermodel, but she's reliably relatable on Twitter. The new mom is open about the delights and struggles of taking care of a baby, and her social media accounts make it clear that no new parent is alone in their challenges. Chrissy Teigen's tweet about putting a baby to sleep is seriously accurate.

Babies need a lot of sleep; until they reach six months, they need up to 20 hours of sleep per day, What to Expect reported. Of course, just because babies sleep for much of the day doesn't mean any parent gets a full night's sleep — babies generally wake up "every two or three hours." When a baby hits the four-month mark, they'll generally conk out for up to 12 hours at night, but they still need to eat about twice during that time. So, yes, babies sleep quite a bit, but they sleep on their own terms. That's why any new mom can relate to Teigen's Friday tweet:

Teigen's daughter with John Legend is not even 4 months old. According to ET, Teigen gave birth to Luna Simone Stephens on Thursday, April 14. So what's the best way to put a baby to sleep? There are plenty of theories, but Baby Center has some good advice. It's critical to start teaching a baby the difference between night and day early on; that means ensuring that the home is bright in the morning and afternoon, slipping into darkness by evening. Keep excitement to a minimum at night: even something as small as making eye contact can keep a baby alert. It's also important to capitalize on a baby's natural sleep rhythms: when they look as though they're nodding off, try putting them to bed. As a baby gets older, the UK National Health Service recommends establishing a bedtime routine. Short rituals such as bathing and reading a story before bed can signal that it's time to go to sleep. A bedtime routine is most effective when it's introduced at about four to six months of age, according to the March of Dimes.

Of course, it's all easier said than done. Between scrolling through parenting websites and reading baby books, taking a few moments to skim through Teigen's Twitter feed is a good reminder that even a celebrity knows what it's like to be a sleep-deprived mom.