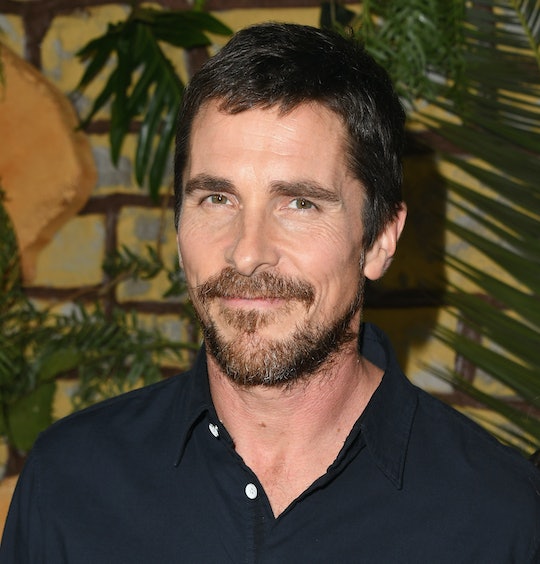 One of the most confusing moments at the Golden Globes happened during Christian Bale's acceptance speech for Best Actor in a Musical or Comedy. Bale spoke in a British accent, which is to be expected given that he was born in England. But Twitter was seriously baffled by Christian Bale's accent, proving that many people need a refresher on his background.

Bale had a successful night at the Golden Globes, earning Best Actor in a Musical or Comedy for his work in Vice. In case you don't remember, Bale played Dick Cheney (Google pics of him in character if you haven't already), and his role in the film generated a lot of awards show buzz.

As one might expect, Bale was honored to win the award and his acceptance speech reflected that. He also delivered a pretty decent joke about landing the role, saying, according to Variety: "He [director Adam McKay] said, ‘I have to find somebody that can be absolutely charisma free and reviled by everybody, so we wanted Christian Bale.'”

But Bale's sense of humor wasn't the focus of the speech — it was his British accent that stole the show. Apparently, some people completely forgot that Bale is British.

"RT IF YOU FORGOT CHRISTIAN BALE HAD A BRITISH ACCENT" one person tweeted.

"Is anyone else shocked- SHOCKED - when Christian Bale speaks in a non-American accent?!" someone else said.

"I was today years old when I learned Christian bale has a british accent lmao not gonna lie," a commenter penned.

"I thought Christian Bale was doing a british accent to be funny and boy was it making me mad!!" one person pointed out.

Others couldn't believe that some fans completely blanked on Bale's background.

"I knew Christian Bale was British but he sounded extra British tonight. Has his accent always been this strong?" one person wondered.

One person who found the situation amusing wrote:

me: uhh yeah... I thought ppl knew this but I've been in this game for a long time."

Bale, interestingly enough, has discussed his accent before. The topic came up when Bale answered why Americans struggle with British accents during a Reddit Ask Me Anything thread. He explained, according to Cinema Blend:

You know what the mistake is people make? Imitating other films instead of imitating other people. Because, and especially in Americans doing English accents why shouldn't they be able to do them impeccably, it's because largely you get a sort of middle to upper class accent that is represented in film and in television that makes it way across the Atlantic and then all Americans think all English speak that way which is absolute bollocks, so it would be actually go to the place and talk to the people and it's the same way going the other way.

Case closed, folks. Bale is from England and he has a British accent, a factoid I'm sure people will forget by the time award show season 2020 rolls around.