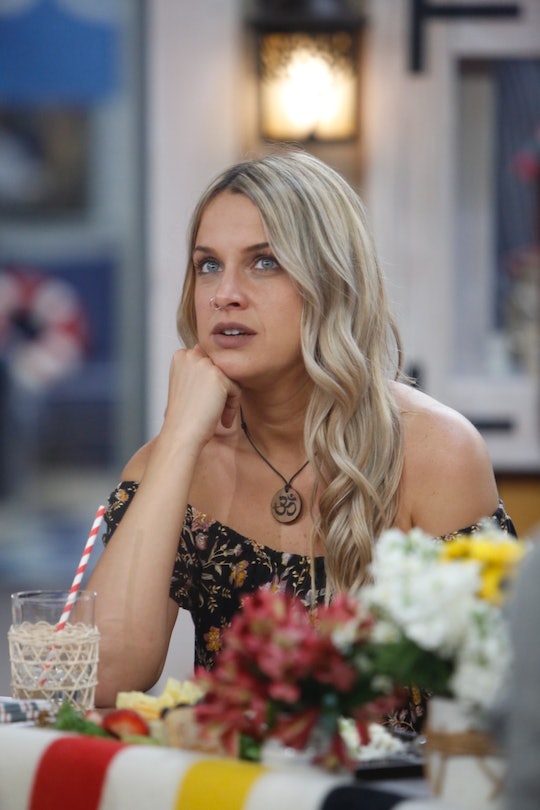 Christie Murphy Is Bringing Her A-Game To 'Big Brother'

Season 21 of Big Brother premiered with a bang, and fans are already busy predicting who they think will win. One competitor, Christie Murphy, is getting a lot of buzz, and viewers are dying to know more about her. But since the premiere, most of the cast has set their social media accounts to private, so if you were hoping to get a look at Christie Murphy’s Instagram from Big Brother, you’re out of luck.

There are however a couple of details you can get from her Instagram page — under the handle @christie.murph. She lists herself as the creator of the Mystic Earth Boutique in Staten Island, and through the provided link, you can see that her store sells “free spirited clothing, jewelry, accessories, earthly treasures, and more.” The IG page for the boutique is set to private, but on it’s Facebook page, you can get a glimpse of the type of fun, breezy attire the store offers.

But, aside from Christie’s Instagram, there is a lot you can learn about her from her CBS bio and previous interviews she’s given. On her Big Brother profile, Christie reveals that she’s a 28-year-old outgoing and edgy overachiever from Staten Island, New York , who likes to take bubble baths and whistles too much. She also notes that she dated men for nine years before realizing she liked women and that she took part in beauty pageants when she was a kid.

When talking to Jeff Schroeder as part of a pre-show interview, she revealed that she’s been a fan of Big Brother since was 15-years-old and has kept up with the show since Season 8. Just as the interview began, Christie started tearing up with joy, mentioning how surreal it felt to actually be sitting in the diary room. And after seeing all the tearful moments Christie had in the first episode, I’m sure fans have figured out that she might be a bit of a gusher.

In an interview with ET Canada, Christie talked about what sets her aside from the rest of the contestants in the house and what strategy she’ll use in the game. “I’m very versatile, and I also think that my femininity, and my girl-next-door type look, and my spirituality and my positive energy is one thing, but I’m really a secret tomboy,” she said. “I like to get my hands in the dirt, I’m super physical and I’m also a lesbian, which I think is going to throw a lot of people, especially the men, for a loop.” She went on to add that she plans on using her sexuality as a pawn throughout the game, and will only tell fellow contestants about her personal life to gain trust.

I’m sure fans will learn a lot more about Christie as the season progresses. With the fierce competition and isolated circumstances the housemates are put in, their true colors don’t take long to shine.