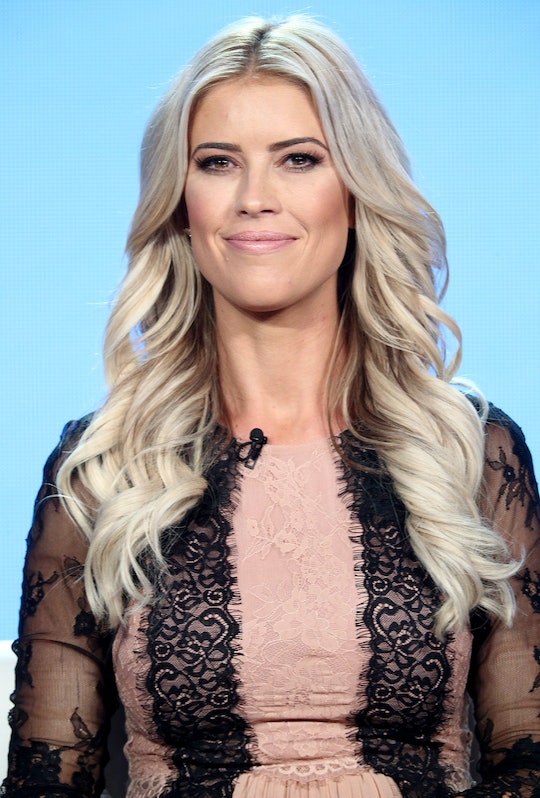 She's had plenty of professional (and personal) challenges over the years — renovation projects aren't always as straightforward as you'd like, after all — but this reality star is now joining the ranks of celebrities who are lifting the veil of silence over just how hard early pregnancy can be on the body. Christina Anstead says her first trimester was "brutal" in a new Instagram post, even as she happily settles into a new union and anticipates baby no. 3.

As People reported, the reality TV house flipper — who is divorced from her Flip or Flop costar Tarek El Moussa — has been vocal about her happiness in her new marriage to hubby Ant Anstead and her joy in celebrating their first child together. (Christina also has two kids with El Moussa, Brayden, 3, and Taylor, 8, the magazine noted.)

Posting on Instagram, Anstead noted that, "Now that I can talk about ... The first trimester was brutal!!! ... Nausea, exhaustion, too many food aversions, too many carbs... anyways I’m officially back to feeling somewhat normal. Going to try and enjoy the second trimester while it’s here ... We found out we were expecting after the honeymoon and I’m officially 15 weeks now."

Fans were totally sympathetic to the star's plight, with comments ranging from "Congrats" to "Seriously adorable" to "You deserve it all."

First trimester drama aside — and the American Pregnancy Association noted that more than half of women suffer from morning sickness in the early weeks of pregnancy — it's a good time to be Anstead.

She was wooed by HGTV last year into a deal to create a new show, Christina on the Coast, that focuses on her personal life as well as her ace home-design skills, according to The Hollywood Reporter.

Then there's her marriage to British reality TV star Ant Anstead, who truly sounds like her match in every way, judging from recent coverage about the duo in Country Living magazine.

Besides his career hosting shows much like Christina's job, Anstead also has one boy and one girl from a previous marriage, the magazine noted. (What are the odds that the two would find each other?)

The new couple decided to hold a surprise wedding in December, inviting friends and family over to their Newport Beach, California home for what appeared to be a holiday celebration, as USA Today recounted. So cute and very low-profile for TV stars.

And with House Beautiful magazine confirming that Anstead's new show won't premiere until May, it's a good thing she has been updating fans so frequently on her social media about her pregnancy and other projects.

According to the magazine, Christina on the Coast will be less about big projects such as flipping houses and more about taking individual rooms and spaces and updating them for families, with Anstead's own place tackled in the first episode.

As a major HGTV fanatic and early Flip or Flop adopter, I'm super-glad to see how well everything has worked out for Tarek, Christina, their kids, and the new extended clan. I look forward to getting to my eye on Anstead's nursery renovation as soon as she lets us view it!