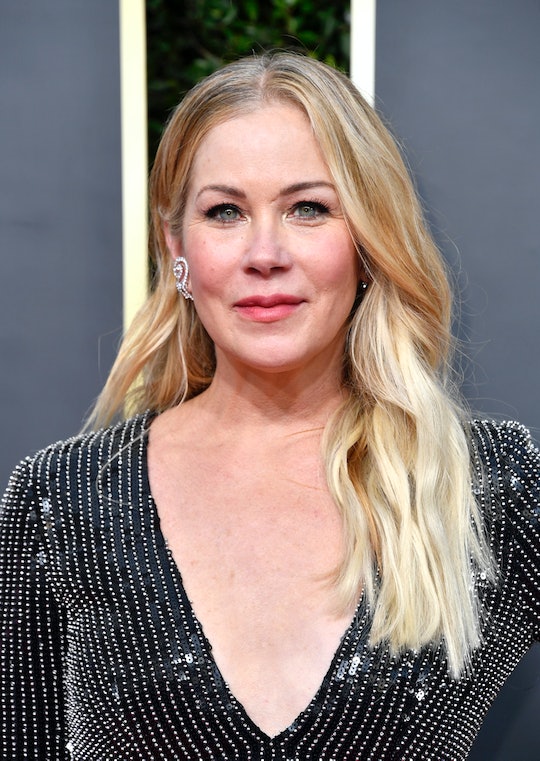 Christina Applegate Is Paging Sophia Carson At The Globes

If you thought the weird, boozy '70s-themed disco birthday party of Big Little Lies' Amabella was a little bit extra, real life might be even stranger, as I report live from the Golden Globes [television stream], with Dead To Me star Christina Applegate asking Descendants 3 star Sophia Carson on camera for a huge favor for her daughter's ninth birthday.

"The request is that she wants a Descendants 3 party, and she wants Sophia Carson to be there," Applegate told E!'s Ryan Seacrest in a red-carpet interview that got right to business. "So I'm going back to interview with Sophia Carson in a minute and we're gonna discuss that."

The pair have a history, with Applegate previously tweeting at the actor, "Hi @SofiaCarson my daughter asked me to tell you she loves you. And wants to meet you. She’s standing right here dictating this! Can she meet you? Haha."

"One million times yes," responded Carson, who plays Evie, daughter of the Evil Queen, in the three Descendants movies, which are about the offspring of Disney's best villains.

TIL that celebrities are not above shamelessly asking each other for party favors, and party favors that involve someone showing up to another person's house in costume, and, I guess, staying in character while enjoying the miniature avocado toasts.

It's going to happen. Seacrest was on it, cementing the request and promising to connect their teams, but no one needs Seacrest to facilitate in 2020.

"We've been texting," replied Applegate. "It's a celebrity thing."