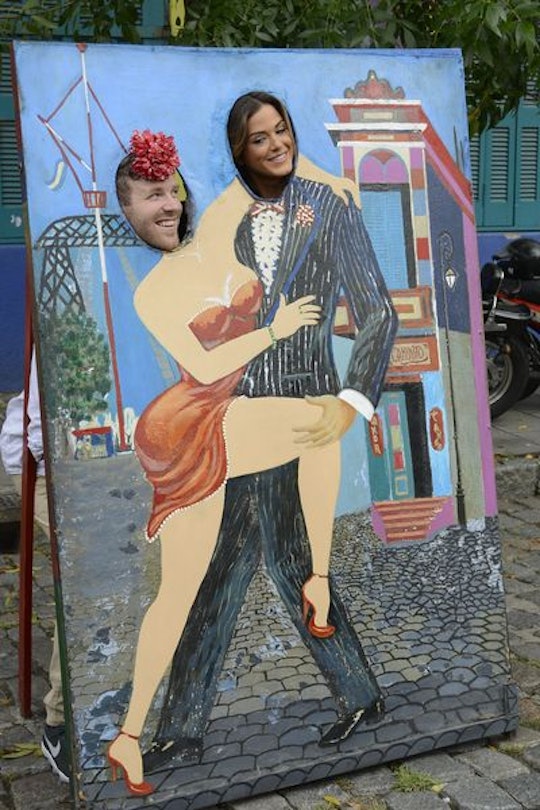 Clues James Taylor Is The 2017 'Bachelor', Because He Has A Chance

James Taylor just narrowly escaped elimination on The Bachelorette. In the end it was between him and Alex, but JoJo just couldn't stand to see either of the guys go. Either she was genuinely attached to both the musical tattletale and Not Chad, or the producers saw enough in both guys to keep them around for a little bit longer. James has certainly been drawing his fair share of attention from fans thanks to his guitar playing and his Nice Guy Who Doesn't Understand Why He's Even Here routine, which could do wonders for his post-Bachelorette career. But will James Taylor be the next Bachelor?

Any of the guys remaining in the competition could snag that spot whether they end up with JoJo or not. Even if they get the final rose, there's no telling how the relationship will go; if it's unsuccessful, that guy could end up right back in the Bachelor spot. The next Bachelor isn't always the runner up, so it could be any of the guys in the competition – any of the guys that have made their mark, that is. And James Taylor has certainly left an impression, though whether it's the kind of impression that leads to headlining his own season remains to be seen.

Though James has his good qualities, they might not be enough to sustain an entire season of The Bachelor. I mean, can you imagine the sheer number of songs viewers would be subjected to? And it would get old real fast to have to listen to him marvel at his luck again and again; sure, it's great that he's grateful for his opportunities, but a little bit of confidence goes a long way. Personally I'm not sure I could handle James' insecurity around a whole group of girls for multiple episodes, especially if it leads the same pettiness that he's been getting into on The Bachelorette.

Still, there is a lot to recommend him to the position. He's a nice guy even if he is a little dopey and he suits the tone of the show; he can handle himself around an over the top romantic gesture, and he's got boundless enthusiasm. He's basically a puppy, and that positivity couldn't hurt when it comes to being the Bachelor. The only trouble he would have would be being too nice to ever send anyone home.

As of right now, James' chances are as good as any of the other guy's – it just hinges on whether or not fans want to see more of him once he's gone.